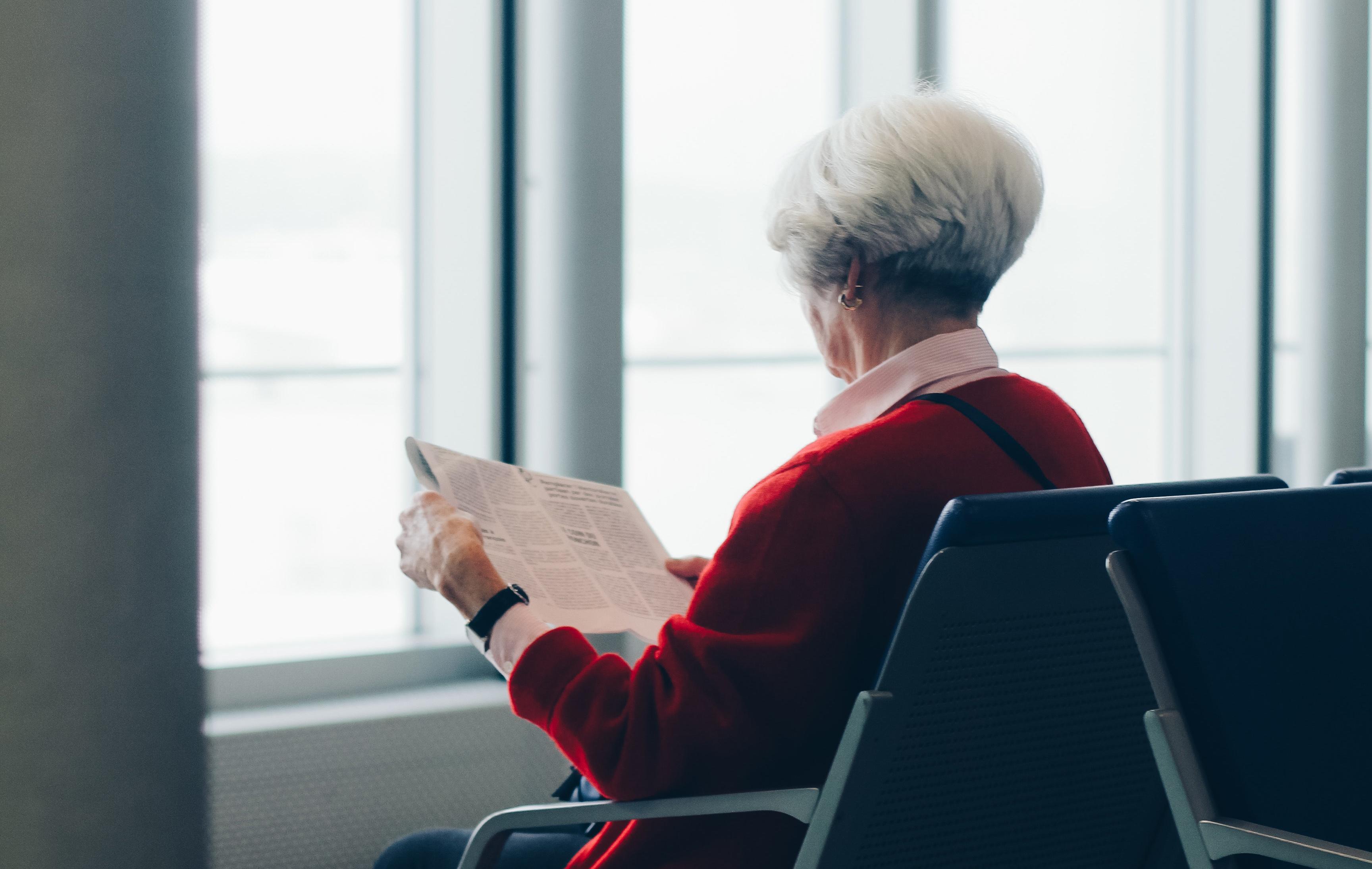 Overview of cognitive rehabilitation and stimulation therapies in dementia

Due to the aging process of the world population, the number of people who suffer from dementia has tripled and will increase from 50 to 152 million people in 2050, according to the World Health Organization (WHO). However, there have been  numerous advances in cognitive rehabilitation, which are achieving important benefits for people suffering from dementia. Continue reading to to know more about the cognitive training strategies being, employed and the improvements obtained.

Dementia, an issue that must be approached by our society

Older adults can suffer, in higher or lower degrees, age-related cognitive decline. However, only a limited share of this population is affected by some type of dementia. Dementia can have multiple causes and manifests with cognitive symptoms such as mental confusion, memory loss, disorientation and language alterations, or with behavioral symptoms such as aggressivity and wandering. The risk of developing dementia (prevalence) increases with age, especially within the age group 65-90 years. In this context, cognitive rehabilitation therapies are crucial, based on recovery programs and strengthening of key executive functions such as memory, concentration, sustained attention and processing speed.

There are different types of dementia that manifest mainly with memory loss, and behavioral or communication alterations, which lead to functional decline that interferes with the activities of daily life. According to the Spanish Society of Geriatrics and Gerontology, Alzheimer’s disease is the most common type of dementia and encompasses 60-80% of all dementia cases.

The global annual costs of dementia are estimated around US$818,000 million, which is equivalent to more than 1% of the world’s gross domestic product. These dementia-associated costs include direct health care, medical expenses, social care, informal assistance (income loss of caregivers), home care or nursing home, etc. Dementia-related costs are predicted to double between now and 2030.

Dementia is a pathology with a strong impact worldwide and, as a result of the aging process of the population, its numbers will increase in the coming years. Interventions can be focused either on mild cognitive impairment and early stages of dementia or on the more advanced stages of dementia. It is important to adapt the intervention methods, strategies employed, and the objectives to the individual characteristics and needs of each person to maximize the benefits.

Let us explore the definition of dementia and what are the available cognitive rehabilitation and stimulation therapies.

Dementia is a neurocognitive disorder with organic causes. The term dementia is utilized to describe a sufficiently important degree of deterioration, mainly cognitive, that affects the quality of life and interferes in daily life functionality.

What are the causes of dementia?

The most common causes of dementia are organic disorders that alter brain function, and are related to the deterioration of brain cells, interfering in synapsis and in the communication processes that take place among them. In most cases, this deterioration is produced by the normal aging process or by an illness. Such deterioration can be irreversible in the case of people with Alzheimer´s disease. However, reversible dementia can be produced by infections and alcoholism, among other factors.

How does dementia manifest?

The symptoms of dementia depend on the location of brain damage (as given by brain imaging techniques) and can vary from person to person, and even in the same person as dementia progresses. Dementia usually manifests with behavioral symptoms such as disinhibition, aggressivity, and wandering, etc., and cognitive symptoms such as loss of memory and thinking skills, spatial-temporal disorientation, and difficulties in language and communication, etc. Besides these cognitive and behavioral symptoms, people with dementia also manifest depressive symptoms, anxiety, sleep disorders, and even personality changes.

Focusing on cognitive symptoms, the cognitive capabilities that deteriorate first in people suffering from dementia are:

What are the types of dementia?

There are different types of dementia such as Alzheimer’s disease, vascular dementia, dementia due to prion diseases, dementia due to Huntington’s disease, etc. These usually encompass the deterioration of cognitive capabilities such as memory or attention. Each type of dementia presents a specific course and progression, with different characteristics that enable their differentiation.

The most usual types of dementia are:

Alzheimer’s disease: degenerative disease with progressive deterioration, which includes three phases: 1) memory deterioration and affective and language alterations, generally including depression; 2) intellectual deterioration, disorientation and worsening of other symptoms, requiring supervision of daily activities; and 3) severe gait alterations, worsening of neurological symptoms and difficulties in the ability to carry out the simplest tasks. Lewy Body Dementia: characterized by fluctuations in attention and alertness, visual hallucinations and Parkinsonism. Disorientation symptoms can also be present. There is progressive cognitive deterioration, which appears before motor symptoms. Life expectancy is slightly lower than other types of dementia.

Vascular dementia: caused by cerebrovascular disease or accident that affects blood vessels (and thus blood pressure and blood flow), with symptoms related to the area where the lesion was produced. It usually presents cognitive deterioration and emotional and personality alterations. The probability of suffering from this type of dementia can be decreased by avoiding and controlling risk factors such as arterial hypertension, hypercholesterolemia, and diabetes.

Dementia within Parkinson’s disease: this type of dementia affects approximately 20-60% of the people diagnosed with Parkinson’s and is characterized mainly by motor and cognitive ralentizacion, and alterations in personality, visual-spatial perception and language. It is usually associated with depression.

How to treat a person with dementia?

Treatment of reversible dementia addresses the disease or its cause, as in the case of substance use, infections or tumors, among others. Nowadays, although there is still no effective treatment to cure neurodegenerative and irreversible dementia, there are drug treatments that help alleviate the symptoms that accompany this disease (antidepressants, anxiolytics, neuroleptics, etc.).

Focusing on cognitive symptoms, rehabilitation programs can help delay the onset of dementia-associated deterioration or be employed as a prevention. There are a series of routines and activities that help delay cognitive deterioration, such as performing themed activities, keeping active physically and mentally, having a balanced diet that provides the necessary nutrients and a close social support network, and executing cognitive stimulation exercises (check activities and exercises for cognitive stimulation).

Cognitive and stimulation therapies for the rehabilitation of dementia

Different resources can be employed to address cognitive alterations and cognitive rehabilitation in people with dementia: from classical cognitive and psychological therapy to advanced cognitive stimulation therapy (CST), which includes stimulating activities that rehabilitate the affected cognitive capabilities.

Some of the most widely accepted treatments include:

Reality orientation therapy (ROT) is centered on the alterations in temporal-spatial disorientation, memory, language, communication and social interaction. ROT coffers verbal instructions that provide orientation elements in different dimensions. This treatment is only useful in patients with early-stage deteriorations.

Reminiscence therapy: consists of encouraging people to remember their past, fostering remembrance and relating to different past experiences. It can include the presentation of stimuli and materials such as photographs, sounds, etc., that help to remember.

Psycho Stimulation programs: exercises and tasks adapted to each person’s individual capabilities. Cognitive abilities are exercised along with sensory perception and interpersonal interaction, through relaxation exercises, crafts, games, and dances, for example.

In addition to the more classic interventions that seek a more general approach to dementia, there are other strategies that focus on more specific aspects of dementia, such as on the impaired cognitive abilities (cognitive training). Some of these tools are:

Cognitive training exercise workbooks: different levels of difficulty are available, and exercise cognitive abilities such as memory, calculation, attention, reasoning, etc. Some of these workbooks are freely available on the internet or can be purchased in bookstores.

Brain training games (or brain training): applications for mobile devices, tablets, and computers, that train the impaired cognitive abilities through problem-solving. There is a wide range of difficulty levels (adjustable) and choice of games for brain training, and are one of the most dynamic and entertaining strategies to approach dementia.

Memory clinics or mental gyms: they evaluate, diagnose and intervene in alterations that take place at cognitive levels, mainly in memory, for an early detection of pathologies such as dementia. Early memory awareness can help slow down the progress and deterioration of dementia.

Neurotechnology: There have been recent technological advances in cognitive stimulation for older adults that originate from other fields, such as neurotechnology and brain-computer interfaces (Elevvo Medical developed by Bitbrain is an example). These technologies utilize modern neurofeedback procedures that individualize training in function of each person’s brain activity, achieving quantifiable neuroplastic changes that are associated with recovery and re-establishment of the cognitive capabilities deteriorated (sustained attention, working memory and processing speed).

In summary, there are programs and exercises currently available for cognitive therapy and intervention. Adequate treatment or exercise of cognitive capabilities can delay deterioration, resulting in benefits such as higher independence of individuals with dementia in the development of daily life activities and improvement in their quality of life.

Neurotechnology for cognitive rehabilitation of dementia

Cognitive symptoms usually interfere in daily life activities, and therefore, prevention of the development of dementia or rehabilitation of the associated deteriorations is very advantageous, not only for the patient, but also for family members, friends, and society in general. Cognitive stimulation programs such as Elevvo can be utilized to address these symptoms, being included within the group of non-pharmacological treatments and therapies that rehabilitate cognitive capabilities deteriorated as a consequence of dementia.

Elevvo is an evidence-based advanced cognitive training program, scientifically validated in several populations through clinical trials, and can be utilized to complement conventional treatments. Several studies and controlled trials have been conducted with this neurotechnology, comprehending general and pathological populations. There is sufficient evidence to demostrate improvements in cognitive skills, between 10% and 30% in working memory, sustained attention and processing speed. These programs, designed under rigorous strict scientific standards and employed by professionals, help the patient carry out a series of cognitive training sessions, with monitoring assessments before and after completion of training, which evaluate the cognitive process and the brain changes that support this progress.

One of the biggest advantages of this type of rehabilitation, both for the patient and for the professional, is that the interventions produce quantifiable results at neurocognitive levels (working memory, sustained attention and processing speed) and neuroplastic changes in the brain (which are the neurophysiological support of cognitive improvement).

In the following video, Dr. Javier Minguez explains the scientific and neurobiological fundamentals of this cognitive rehabilitation therapy, and the possible applications for moderate dementia:

Several international organizations such as the National Institute on Aging, Alzheimer Europe, Alzheimer society, and Spanish Society of Geriatrics and Gerontology provide information and resources for patients, families, and professionals.

In summary, dementia is associated with higher or lower degrees of cognitive deterioration, which progressively increases and affects and interferes with daily life activities. Working on the cognitive stimulation of children, adolescents and adults can help prevent or reduce the risk of developing this pathology (reducing the risk of developing dementia risk). Even if mild to moderate dementia is already established, good cognitive rehabilitation training that is individualized to each person’s capabilities can help regain those cognitive functions already slightly deteriorated.