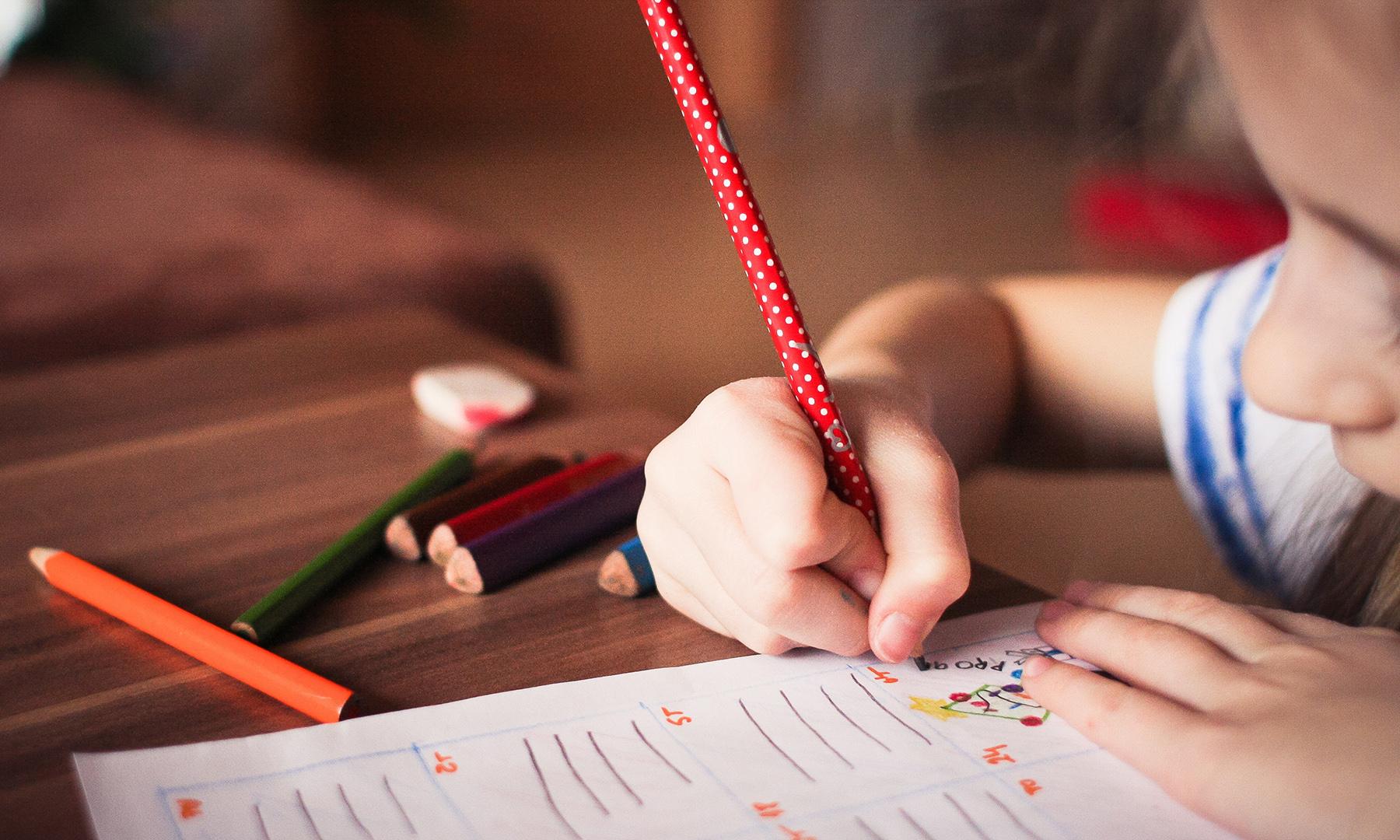 5 activities for cognitive stimulation in childhood

According to the Spanish Institute of National Statistics, there are more than nine million children and adolescents in Spain. Helping them develop intellectually is  a challenge in which parents and teachers play an important role but… do we know all the stimulation techniques available to help children and adolescents develop their cognitive capabilities?

According to the Spanish Institute of National Statistics, there are more than nine million children and adolescents in Spain. Helping them develop intellectually is  a challenge in which parents and teachers play an important role but… do we know all the childhood stimulation techniques available to help children and adolescents develop their cognitive capabilities?

Introduction to cognitive stimulation in children

Before starting the 2017-2018 school year, estimates indicated that the amount of children in preschools and elementary schools of Spain was 4,670,476 children plus 36,213 who required special needs. These values are 0.7% higher than the previous school year, and evidence the significant number of young children that start school each year, the place where they will acquire most of their knowledge and develop their cognitive capabilities.

In early childhood, biological and brain developments are fundamental and are influenced by the stimulation received from the surroundings. The characteristics of this development will determine aspects as important as health and general wellbeing, as well as learning capability in particular.

Therefore, the fact that the child grows in a healthy environment (scholar and home environment), with adequate environmental stimulation and cognitive and emotional stimulation in accordance with his/her development level, will enable the improvement of his/her learning processes and consolidation of concepts,  with impact on the performance at school and on daily life activities.

Next we approach some aspects of the cognitive development of children and how to utilize techniques and programs for cognitive stimulation to boost this development.

Cognitive capabilities have their neurobiological basis in the brain, and therefore, adequate brain development as well as the avoidance of any type of brain damage is fundamental to an optimal cognitive development, adjusted to the demands of the surroundings that are established by each stage of the vital cycle.

In the initial growth and development stages, as well as in later stages of aging, a series of changes is produced in the organization of the central nervous system (CNS). Also, both physiological stimulation and environmental conditions and experiences can cause changes in brain plasticity (read more on brain plasticity and neurorehabilitation).

In the first years of life, our brain undergoes a maturing process, which continuously establishes new neuronal connections and produces structural growth. In these early years, the brain presents higher plastic capability and promotes a period during which acquisition of cognitive functions is favored as well as motor dexterities, linguistic capabilities, social and emotional abilities. This plastic capability of the brain also facilitates the recovery of those capabilities and functions that might be altered.

What is brain plasticity?

Brain plasticity or neuroplasticity refers to the way in which our CNS changes, from interactions with the surroundings and in reaction to the diversities observed. In other words, it is the capability of organisms to learn and modulate their responses in function of the acquisition and transformation of new information (see scientific publication).

During the maturing process that occurs at childhood, the brain is highly modifiable, influenced by the numerous experiences and new learnings that occur. In this way, brain plasticity at these early ages is maximal, enabling the acquisition of new learnings and capabilities.

As Pascual-Leone remarks, these plastic mechanisms are associated with age, with decreasing trends in the magnitude of these processes as the individual grows, producing inherent cognitive decline.

It is important to know the characteristics of brain plasticity to understand how development and evolution of cognitive capabilities take place since early ages, and search for the cognitive stimulation strategies best adapted to each child. How does cognitive development occur?

Adequate cognitive stimulation adjusted to each one of these stages and in accordance with the maturity level of children is essential for the early childhood development of cognitive capabilities, achieving the expected school performance and also adaptation to the demands of the surroundings.

Phases for the acquisition of cognitive capabilities

According to Hernández (2001), the process of acquiring cognitive abilities (mental capability), which are understood as the skills and processes that take place in the mind and are necessary to carry out a task, requires three sequential phases: recognition, development and capacity of being used subsequently in an independent manner. These phases enable children to acquire these capabilities, store and apply them at opportune moments automatically.

What is cognitive stimulation in children?

A basic way of stimulating a child during childhood and adolescence is through games. A game is a natural activity, characteristic of childhood, that enables the child to learn and relate with his/her surroundings. It is spontaneous and voluntary, guided by internal motivations and necessities. A game is also an end in itself, and playing games is pleasurable and enjoyable for children, who play active and interactive roles.

Besides being rewarding in itself, a game is a stimulating activity that requires the functionality of different components of child development. The learning that takes place during games is assimilated much more quickly and effectively, activating the cognitive capabilities that will help comprehend the surroundings.

Among the different objectives of games, related to the development of cognitive capabilities we can cite: stimulation of capabilities such as reasoning, reflexive and representative thinking, and comprehension; activation of memory and attention through interaction with stimuli from the surroundings; decentering of the egocentric thinking of the child; development of imagination and creativity; distinction between fantasy and reality; boosting of the development of language and abstract thinking; and development of personal autonomy.

Sports, which are usually related to physical activity, are also fundamental for cognitive development. Motor training and cognitive work involved in sports as well as the frequency and intensity of its practice produces modifications at brain level that help develop and improve cognitive functions. While exercising, specific neurotransmitters are liberated along with endorphins, the latter related to decreasing levels of stress and anxiety, leading to a state of wellbeing.

The cognitive stimulation workbooks for children are utilized by educators to work on different cognitive capabilities, such as attention, memory, orientation, among others. Routinely these cognitive stimulation exercise workbooks can be found in bookstores and even available for download on the internet. There are different levels of difficulty and it is important that they are adapted to the cognitive development level of the child, to increase motivation and not suppose a great effort that ends in frustration.

Another manner of stimulating the brain, and that is more entertaining for children and adolescents is the use of new technologies, as the well-known brain training games. These applications, available for smartphones, computers and tablets, work on different executive functions through a variety of games such as riddles, mazes, logical problems, etc.

There is also the possibility of regulating the complexity level and adjust it to each child. These games present a limitation: learning can only be transferred to cognitively close tasks. Nevertheless, they are widely employed as cognitive stimulation tools nowadays (read scientific study published in Nature journal).

Another type of cognitive stimulation that is emerging at this moment is based on neurotechnology. These new technologies record brain activity and individually adapt the interventions to produce quantifiable neuroplastic changes that are related to rehabilitation and improvement of cognitive capabilities such as attention, memory and processing speed (read study).

Elevvo Wellness, developed by the neurotechnology company Bitbrain, is one of these new methods for cognitive stimulation that can be employed with school-aged children and that, besides providing evidence on the changes produced at brain levels, provide cognitive evaluations to measure the effect of these changes on cognitive capabilities.

Neurotechnology for the cognitive stimulation of children and adolescents

As aforementioned there are several ways of working with cognitive stimulation of children, from the most classical and traditional, such as games or typical exercise workbooks, to more modern techniques that remain underexplored such as neurotechnology and neurofeedback procedures. Bitbrain has developed Elevvo, a neurotechnology for cognitive stimulation that has been scientifically validated and demonstrated improvements between 10% and 30% in cognitive capabilities such as working memory, sustained attention and processing speed.

Elevvo encompasses cognitive stimulation programs employed by professionals, that can help school-aged children and adolescents improve their executive functions. These programs include assessment sessions carried out before and after the cognitive stimulation sessions. This way, at the end of the procedure, a comparative report is generated with the results at cognitive level and in the neuroplastic changes of the brain (which are the neurophysiological support of cognitive improvement). There are several ways to cognitively stimulate school-aged children. It is important to ensure a healthy environment, where children can play and interact with peers, balanced diet and physical exercise. This combination of factors help general development processes, and cognitive development in particular. This last aspect is paramount for school-aged children and adolescents to present good school performance and know how to face the ever-increasing demands of the environment.