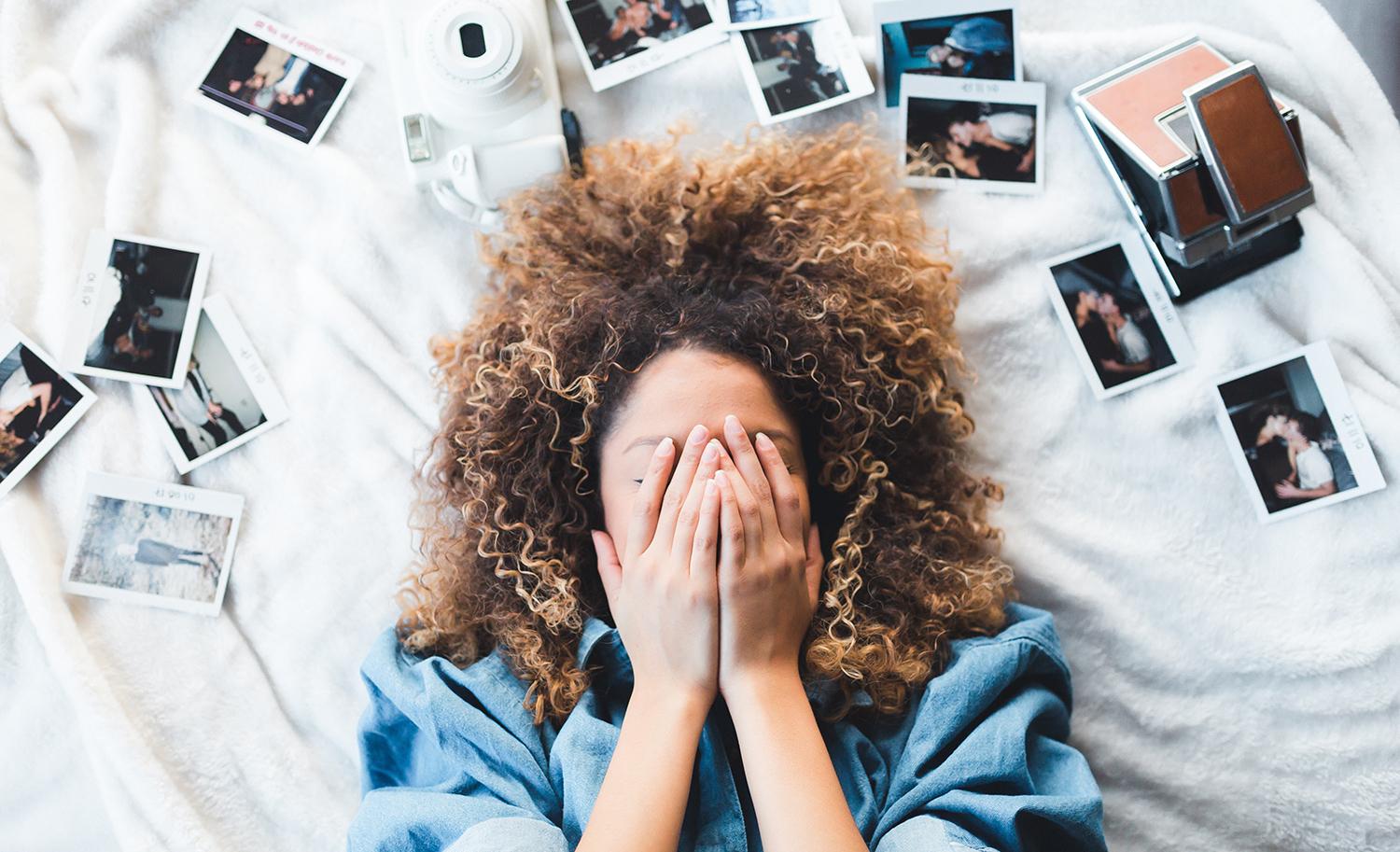 What are emotions and feelings, and how to measure them?

Most people believe that even basic emotions are capable of clouding our judgement, thus affecting our ability to make rational decisions. However, the reality is more complicated than this, and neuroscience holds the key to understanding why.

Before the 1990s, the study of the human brain focused essentially on rational thinking, at the expense of emotional experiences. It was understood that rational thinking was the main function of the brain, and emotions blocked this function. But thanks to the work of scientists such as Antonio Damasio and the development of new neuroimaging techniques, it has been demonstrated that emotions are crucial at the time of making “correct” decisions. This shatters the long-held view that that emotion and reason are dichotomous, (with reason being seen as the superior factor).

Phineas Gage worked for the railway industry. One day, an iron rod was driven into the left side of his face, behind his left eye, and straight through the upper part of his skull. The rod destroyed part of his frontal lobe- the area responsible for tasks related to reasoning, attention, planning, sequencing, and reorientation of behavior.

Surprisingly, Phineas survived this experience and, although he was able to recover most of his mental functions, he was no longer himself. He became irascible, moody, aggressive, incapable of finishing tasks and impatient; these drastic changes in personality rendered him incapable of being a functioning member of society.

Elliot, a successful lawyer, suffered a brain tumour on the top of his forehead. It was surgically removed but, similarly to Gage, there were drastic changes in his behaviour. Intellectually he was brilliant as always: his logic, memory, attention and other remaining cognitive abilities did not suffer any changes. However, Elliot managed his time very poorly, got lost in unimportant details and no longer understood the concept of priorities. Furthermore, Elliot was completely indifferent not only to what had happened to him, but to tragedies in general.

Over many years, Antonio Damasio investigated patients similar to Gage and Elliot [Ref.] who had sustained injuries to the frontal lobe that did not affect memory, language, attention or any other fundamental rational process, but who had suffered changes to other behavioural aspects connected to emotions, such as motivation. What is interesting about his studies is that these types of patients were not capable of acting as they had done previously: they were not capable of maintaining their employment, did not follow schedules, were easily distracted, spent too much time on irrelevant tasks and were unable to focus. But, above all, were incapable of making simple decisions.

Although a lack of emotional control can lead to inconvenient behaviour, these studies demonstrated that the absence of emotions equally led to a situation of irrational behavior during decision making. In other words, emotions have a fundamental role in decision making and behaviour, acting as the catalyst when selecting the most suitable way of acting. Emotion and reason navigate in parallel and are mutually dependent in ensuring one´s ability to function correctly, adapt to surroundings, and respond to the demands of different environments.

Difference between feelings and emotions

To explain how emotions influence our decision making, it is important to understand the difference between emotions and feelings, and the meaning of the somatic marker concept.

In 1872, Charles Darwin published his study on the expression of emotions in animals and humans, where he argued that emotions motivate people to respond quickly to a stimulus from their environmetl, which in turn increases the probability of survival. At that moment, he made the case that emotions lead us to react physically. For example, if we encounter a bear, we experience fear and this fear makes us run. However, in 1884 the psychologist William James proposed revolutionary, albeit controversial ideas on emotions and feelings [Ref.].

James understood that, as a response to a stimulus or experience, a physiological reaction is caused (a change in physical state- perspiration, breathing, higher pulse rate, etc.) and this reaction generated an emotion or emotional state (cognitive, social, contextual and environmental evaluations). In other words, if we encounter a bear, first we run and then we feel fear. At that time, James’ ideas were not successful. However, Damasio was able to reassess them at a later date and his findings still inform modern neuroscience.

Emotions are neuro-physiological reactions unleashed by an external or internal stimulus (emotions are physical). Feelings are a self-perception of specific emotions, being a  subjective expression of emotions (feelings are mental).

According to Damasio, what he calls primary emotions are automatic and innate physiological reactions that, as proposed by James, are produced by a stimulus (an emotional response). These emotions, which are also present in animals, are basic to our survival because they allow us to achieve useful objectives, such as hiding from a predator or fighting against a competitor. However, the process continues after the body reacts. This defines primary emotion. The next step is to feel the emotion connected to the original stimulus (conscious thought). Through these mental associations and reactions, we obtain more flexible emotions, based on our previous personal experience beliefs (subjective experience). Experiencing emotions enables us to:

Thanks to emotions, when we see a bear at the zoo we don’t run away (which would be the primary emotional reaction) and are capable of combining the stimulus (bear) with the situation (zoo) to remain calm. Basically, feelings are sparked by emotions, and this difference is important as our survival depends on avoiding danger.

Emotions and feelings give rise to “somatic markers”, which influence our decision making. Emotions and feelings mark the different options available for our decision making, either as alarms to prevent options that could unleash negative emotions or as invitations to those that are most probable to generate positive emotions. Through previous learning and experience, somatic markers enable us to:

In the case of patients like Elliot who have lost their somatic markers, the person becomes trapped in a closed loop and keeps trying to analyse rationally a decision that is, in theory, simple. Basically, they lack the required emotional “push” to make a decision.

How to measure emotions

There has been more and more interest in the objective measurement of emotions (especially in the field of neuromarketing), because of their fundamental role in human decision making. As previously explained, emotions are the result of physiological changes or reactions, and therefore, in principle, could be measured and objectified.

This starts to be possible thanks to new brain imaging technologies and biosensors that enable us to measure objectively physiological reactions. These technologies can objectively measure physiological reactions, such as pupil dilation (eye-tracker), skin conductance (GSR), heart rate (ECG), electrical brain activity (EEG) and even activation in deeper parts of the brain like the limbic system (fMRI).

However, decoding and representing emotions is not a simple task. When speaking about structural models for the representation of emotions, we can explain these through two predominant models: the discrete model and the valence-activation-dominance continuous model [Ref.].

Nowadays, it is normal for us to refer to emotions in a discrete mode: I feel happy, I am afraid, I am satisfied, etc. However, if we think about this representation, we realise it is very limited.

The main problem is whether there are universal discrete emotions (i.e., cross-cultural emotions). It seems there is a degree of acceptance regarding the basic emotions proposed by the psychologist Paul Ekman (Fear, Surprise, Sadness, Joy, Anger, and Disgust) since he confirmed that different cultures (extending to preliterate aboriginal tribes in New Guinea) used the same facial expressions when displaying these emotions [Ref.].

However, these six discrete emotions are clearly insufficient to capture the emotional richness that humans present and which influence our decisions to such a great degree. Besides, there are discrete emotion expressions in some languages that cannot be translated into others- we might not show this emotion because we haven’t had the necessity of developing it, or simply haven’t had the need to express it. There are still many questions without answers in the study of emotions.

Although this is not the habitual manner of expressing emotions in our day-to-day lives- it would be extremely odd to say“I feel high positive valence and high activation” (continuous model). However, one might say “I feel euphoric” (discrete model); this model is currently employed in the scientific field to represent the true nature of emotions, as nobody goes from happiness to euphoria in an abrupt manner. It is much more of a continuous process where one progressively becomes happier, and finally, ends up feeling euphoric. In any case, independent of the emotional representation model employed, it is important to understand that from the moment physiological change is registered, decoding nowadays is solely based on correlations. For example, the emotion of fear is correlated to an increase in heart rate and breathing frequency. If a brief calibration exercise is carried out, it can also be observed how the person’s brain, in a specific moment, reacts to fear. This enables neuroscientists to search for links and connect the fear experienced by this person to other stimuli.

In summary, reason and emotion are both required for making decisions that help us adapt to our surroundings. Reason, or emotion, by themselves, would not enable us to do this. Thanks to the latest advances in technology we can objectively measure these emotions and understand how people react to different stimuli. We have a wide, exciting field of investigation that will enable us to further understand our decision-making processes, to delve into the concept of emotional intelligence (popularized by Daniel Goleman) and, in general, allow us to learn more about ourselves as human beings.