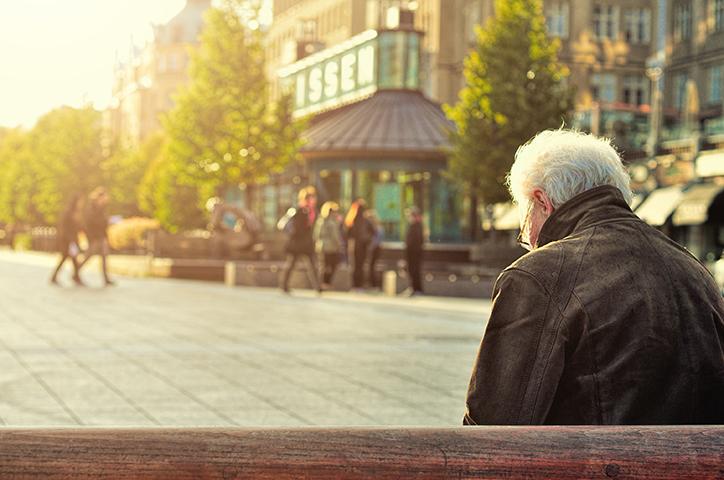 What is cognitive rehabilitation and what are the most employed techniques?

Usually, cognitive deterioration is one of the most common subjects discussed in primary care. This condition progressively evolves with age, and requires specific interventions to be reverted, improving cognitive performance. Cognitive rehabilitation has the objective of improving cognitive functions such as memory, attention and language, which have a great impact on the life of patients. We summarize within this post the most common cognitive rehabilitation strategies and application areas.

What is cognitive rehabilitation?

Cognitive rehabilitation refers to different therapeutic methods that are employed with the objective of compensating or improving cognitive deficit originated by lesions or illnesses that affect the optimal functionality of the brain.

However, currently many times the terms cognitive rehabilitation and cognitive stimulation are utilized indistinctly. Besides, the concept of rehabilitation is employed in a wider sense, encompassing all those situations that present cognitive deficits produced after normal development. Recovering from these deficits is possible thanks to the capability of the brain to change, which technically is called brain plasticity.

What is brain plasticity?

Brain plasticity or neuroplasticity refers to the adaptive capacity of the nervous system to minimize the effects produced by lesions, through the modification of its structural and functional organization. In other words, consists of the capability of specific areas of the brain to learn and develop compensatory behaviors that substitute those that cannot be carried out by damaged brain zones.

Another interesting concept is brain reserve, understood as the capability of the brain to tolerate brain lesions without the manifestation of symptoms. To put it differently, increasing the brain reserve produces a delay in the expression of the symptoms associated with cognitive deficits. This reserve is developed due to neurobiological aspects such as brain volume or due to life experiences, such as education, lifestyle, physical activity, cognitive activity, etc.

On the basis of brain plasticity, the objective of cognitive rehabilitation is to approach the cognitive deterioration caused by age, by pathology or by any other cause.

What is cognitive deterioration?

Cognitive deterioration is a condition that manifests through alterations in cognitive functionality, with difficulties in different executive capabilities and functions such as attention, memory, language, reasoning, problem-solving, etc.

Deterioration does not manifest in the same way and therefore there are different degrees or levels: from slight issues such as not remembering where an object was placed, to more severe levels where the person does not present sufficient capabilities to live independently and autonomously, requiring supervision.

Deterioration can be classified as reversible and irreversible. In function of the originating causes, there are situations where deficits in cognitive capabilities can be reverted and recovered. Nevertheless, in other cases this is not possible, and progressive deterioration onsets.

What are the causes of cognitive deterioration?

There are several causes for cognitive deterioration, and the possibility of intervening to improve brain capabilities should be assessed. Some of these causes include:

As years go by, the first symptoms of aging start to appear, with a natural decline in cognitive capabilities. Memory deteriorates as well as processing speed, attention and other executive functions. This deterioration progresses differently across older adults, in such a way that some capabilities can be preserved in some people, deteriorated in others, and evolve differently. Read more about cognitive stimulation in adults, older adults, and the elderly.

Vitamin deficiency is associated with cognitive decline, more concretely, deficits in vitamins B12 or D. Low levels of B12 have been associated with memory deterioration, and in extreme cases, with dementia.

Different neurodegenerative illnesses can be associated with important cognitive decline that is many times irreversible and progressive in time, such as in dementia. Some of these illnesses, besides Alzheimer’s, include Parkinson’s, multiple sclerosis, amyotrophic lateral sclerosis, frontotemporal dementia, and Huntington’s disease, among others. Read more on cognitive rehabilitation in dementia. Diabetes, arterial hypertension, cardiopathies and other vascular illnesses are risk factors for the development of cognitive alterations. These alterations can manifest through the slowing of processing speed and difficulties in planning.

Cognitive deterioration can also be produced due to infectious diseases. For example, people with HIV can present neuropsychological alterations related to cognitive performance. Infections caused by insects (ticks, for instance) can also be the cause of deterioration.

What are the consequences of cognitive deterioration?

Cognitive deterioration produces, as its name indicates, deterioration in functionality and efficacy of cognitive capabilities and executive functions such as memory, attention, reasoning, etc. However, it is not the only consequence.

Deterioration of these capabilities hinders the functionality of people. Many times, autonomy is affected in such a what that, in the most extreme cases, people cannot take care of themselves nor carry out basic activities of daily life independently. This affects their quality of life. For example, these people are not capable of finding their way back home, present memory problems, cannot remember to take medicine, and forget to eat or drink water. Besides, it is possible that language deterioration is also present and therefore communication skills are affected, preventing communication with other people and adequate expression.

As people become aware of their cognitive deficits, and of the difficulties associated with them, many experience feelings of sadness, guilt, and lack of motivation because they do not want to burden other relatives. Many times this leads to social isolation and no support from the family, which intensifies these emotional symptoms and worsens cognitive levels. This situation is a bit like the dog who chases its own tail - adequate treatment could help improve cognitive performance or, in the worst case, help bear with the circumstances and improve the emotional state.

What are the most common techniques and strategies for cognitive rehabilitation?

Nowadays there are multiple resources and strategies for occupational therapists and other professionals to design cognitive rehabilitation treatments that help improve those cognitive processes that are altered. Next we list some of the different neuropsychological rehabilitation strategies that can be utilized by people of different ages (more information on cognitive stimulation):

Exercise and activity workbooks are available in different difficulty levels and work on cognitive capabilities such as memory, calculation, attention, reasoning, etc. Some of these workbooks can be downloaded for free on the internet or purchased at bookstores. In any case, it is recommended to seek guidance from a professional regarding the most appropriate difficulty level for each case. An excessively high difficulty level can lead to feelings of uselessness and personal inefficacy. And a very easy level does not work on mental functions as required for rehabilitation.

Brain training applications for mobile devices, tablets or computers help train the deteriorated cognitive functions. Due to their dynamic character, brain training games are a tool with two functions: cognitive training of the altered capabilities and entertainment. Besides, different difficulty levels are available and some applications include the possibility of monitoring progress, comparing performances with other users in similar conditions.

Transcranial Direct-Current Stimulation (tDCS) is an invasive and relatively modern procedure based on the application of low-intensity currents directly to the brain. Medical applications have been indicated, with successful utilization in the treatment of some pathologies associated with brain damage. Nevertheless, in the cognitive area, although it has been demonstrated that this technique can improve learning capability in complex tasks such as learning how to pilot an airplane (read study), recent studies have obtained inconclusive results regarding cognitive capability improvement (read study). Nowadays, new studies are being carried out to better understand how this controversial technique works and what are the effects.

In the most recent years, technological advances have been developed for cognitive stimulation based on other fields such as neurotechnology and brain-computer interfaces. New technologies for the measurement of brain activity are being developed along with modern neurofeedback procedures, with very reliable equipment that enable the individualization of interventions at brain capability levels. In this way, quantifiable neuroplastic changes can be achieved, supporting cognitive improvements in capabilities such as sustained attention, working memory and processing speed (read study). Although satisfactory studies have been conducted regarding the improvement of cognitive performance in general (read study) and clinical populations (read study), validation studies are currently being carried out on these type of technologies oriented to cognitive rehabilitation.

As previously mentioned, cognitive deterioration can negatively affect more than one area of people’s lives and interfere in the execution of daily life activities. Rehabilitation of deteriorated cognitive capabilities and executive functions can improve the quality of life of people, and can be achieved with the help of Elevvo Medical, developed by Bitbrain, a neurotechnology company, and designed specifically for cognitive rehabilitation. Elevvo is a scientifically-validated cognitive rehabilitation program that can be employed to complement conventional treatments. Applied by professionals, Elevvo has demonstrated improvements of between 10% and 30% in working memory, sustained attention, and processing speed. The program consists of several training and evaluation sessions with simple mental training exercises. The intervention program generates automatically a report with comparative results at brain plasticity levels (neurophysiological basis of cognitive improvement) as well as neurocognitive levels.

Keeping mentally active and training our brains adequately can positively influence our health both at the short and long terms. Rehabilitation of cognitive capabilities that are deteriorated is even more important if we suffer some type of brain damage or pathology that affects our brain and its functionality. Nowadays, people are more aware of the importance of good health and seek experienced professionals to plan individualized, custom rehabilitation interventions, increasing the probabilities of obtaning positive results with the employed treatments.