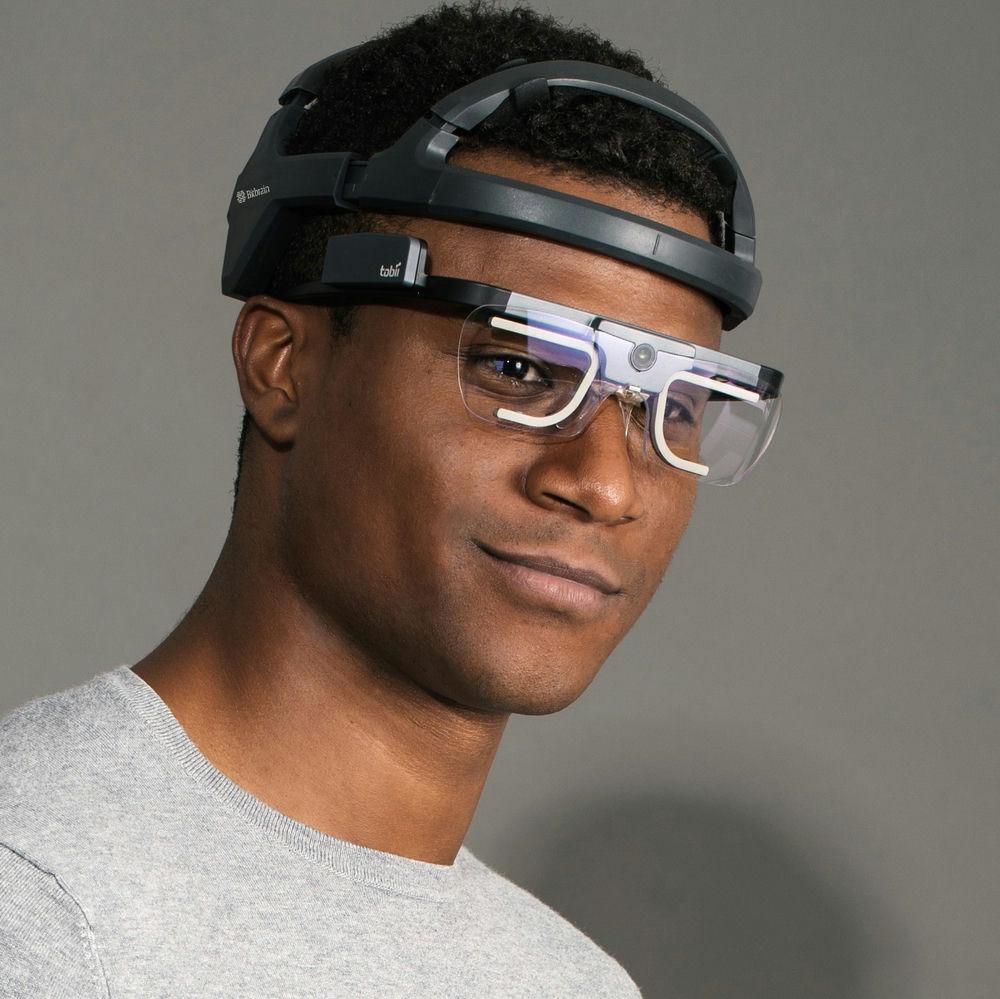 Recent advancements in eye tracking technology have expanded the field to include applications in many different areas, both as a tool for research and as a source of real-time data for interaction. Eye tracking has expanded well beyond the original research in vision and attention.

As a result, the field now includes very disparate use cases. Systems are designed to fit certain applications and are often much less suited for others. In this entry, we will discuss four of the major types of eye tracking devices, along with some basic examples of applications for each.

In our previous blog post on eye tracking, we discussed the basics of eye tracking technology and how these systems function to measure movements of the human eye.

Eye tracking systems are used in the measurement of eye position and visual attention for research purposes, medical diagnosis, or to provide an alternative interface method for a computer or device.

They mostly use similar techniques for pupil and cornea reflex detection, but there are some significant differences in form factor and functionality. Here are some of the ways that eye tracking hardware may differ:

We’ll discuss some of these tradeoffs below, and explain these metrics in much more detail in a subsequent blog post.

These eye tracking systems utilize some method of constraining the participant’s head movements, usually via bite-bar or chinrest. These are typically high-fidelity research systems that are used in neurophysiology or vision experiments where participant comfort is secondary to accuracy and precision. Sometimes head stabilization is done in conjunction with another technology that already immobilizes the head (fMRI, MEG, etc).

The ultra-high precision EyeLink1000 Plus system can be used at 1000 Hz binocular in remote mode, or 2000 Hz monocular with the chinrest.

There are typically three reasons for doing this:

Head-stabilized eye tracking systems typically reach a level of precision that is not possible for other types of systems. This is in part because a high resolution camera can take a much closer image of the eye, without having to adjust the view for head movements. These types of systems are also often capable of a much higher sample rate, drastically increasing the temporal resolution for faster eye movement analysis. Head-stabilized systems can be monocular or binocular.

The main limitation of head-stabilized tracking is the comfort and natural interaction of the participant. Many experiments that use head stabilization do not require the participant to feel or act naturally. These systems are used in controlled lab settings only.

It is also important to note that head-stabilized eye tracking systems still usually must do some level of CR-based head movement or slip-compensation. This is because, in human-based experiments, some head movement is still possible even in a chinrest or bite-bar. Very small head movements on the order of 0.1 degrees of rotation angle will still affect accuracy of the eye movement data.

Some of the peripheral technology mentioned here, like fMRI, impose a different set of limitations on eye tracking, especially in terms of performance and accuracy.

Animal-based eye tracking research systems typically utilize a fixed camera and head stabilization. These are often quite different in terms of setup, performance and calibration, and are outside of the scope of this discussion.

Modern remote systems are called “remote” because they do not require contact with the participant at all. The camera is set up with a view of the eyes from a distance, and the systems can automatically alter the camera field of view to compensate for head movements. They use pupil center and cornea reflection to track eye position and head orientation.

Remote eye tracking systems typically consist of a camera and IR source positioned below the stimulus area, most often a computer screen. It is possible for a remote system to be positioned above the display (which is useful for touch screens, for example). However, due to the shape of the eye and eyelids, the pupil is somewhat more visible and less likely to be occluded from below. The remote camera can be set in front of the screen, attached to it, or embedded in a laptop, monitor, or kiosk. Remote systems are most commonly used for screen-based interaction or experiments. They are also useful for gaze-contingent interfaces, such as assistive technology devices, or gaming laptops.

Some advantages of this type of tracking:

Remote eye tracking systems are virtually always binocular. Some are capable of measuring, or at least accommodating, vergence (a property of binocular vision we will discuss in a later entry), which increases accuracy at different depths.

Mobile eye tracking, sometimes called “head-mounted”, consists of a device worn by the participant, usually in the form of eye tracking glasses or a headband. This type of system typically requires a camera or a mirror to be positioned in the visual path of one eye (monocular) or both (binocular), and an additional camera that records the scene or field of view.

The Tobii Pro Glasses 3 system, which uses two extremely small eye cameras and several illuminators installed directly on the lens, plus a front-facing scene camera between the eyes.

Modern examples of mobile systems are untethered, and this allows for experiments in a much more real-world context, including simulator and vehicle use, motor-control and gait experiments, sports training, store-shelf shopping, wayfinding, etc.

Head-mounted systems built into glasses are generally more comfortable, less invasive, and can be worn with other technologies like EEG. With mobile eye tracking, many eye tracking studies in perception, communication, and other fields that were simulated on screens in the past can now be moved into a naturalistic and realistic context.

In human factors and usability, many applications involve studying interaction in an industrial context or when using real-world objects. A car company, for example, can study how changing the design of the dashboard or sightlines of a car can affect driver perception. An industrial engineer can study attention-based safety hazards in a factory or warehouse. A usability engineer working on informational signs in an airport can study a participant’s gaze during a wayfinding test. Head-mounted eye-tracking systems are also employed to analyze the UX of smartphone applications.

This category is a catch-all for eye tracking devices built into other kinds of technology. This can include aiming devices in eye surgery systems and other medical products. These systems have even found their way into consumer electronics. Canon has released several cameras with an autofocus system based on gaze position within the viewfinder. Eye tracking devices have also been integrated into vehicle dashboards.

More recently, integrated systems include those embedded in virtual or augmented reality devices. This can be done for research applications, somewhat analogous to remote eye tracking only in this case the screen is immersive and the stimuli are completely controllable.

Systems integrated into Virtual Reality and Augmented Reality devices can also be used as a control scheme, where the user can interact with content via eye movements. The technology can provide an intuitive control method to menus within AR and VR, where there is no mouse or keyboard.

One particularly interesting use of eye tracking in VR is foveated rendering. The human visual system is only capable of high-acuity at the fovea (at the point of gaze). Peripheral vision has comparatively lower acuity and does not see detail. With graphical rendering in VR, one way of saving processing power is foveated rendering. The system will render higher quality graphics at the point of gaze, and lower-quality in the periphery. This requires embedded eye tracking with a fast enough sample rate and real-time data transmission to react to fast eye movements.

Some examples of each type of eye tracking system These are most of the major types of eye tracking systems used in research and real-world applications today. Each system uses a tracking method and interface that is tailored to different applications. Some, like screen-based psychology can be handled with more than one method, with tradeoffs for each. Others, like kinesiology, can really only be done properly with a particular type of system.

In subsequent entries, we will discuss eye tracking data and how the results from these systems are analyzed and interpreted. We will also discuss some of the features one may look for when purchasing an eye tracking system. Finally, we’ll cover some of the actual applications of eye tracking devices in the field today.

A. Mark Mento holds a BSc in Biomedical Engineering from Boston University and has twenty years of experience in eye tracking at SensoMotoric Instruments (SMI) and Apple, Inc. He has also worked in neurotechnology product development and on other applications within the medical device and research fields. Mark joined Bitbrain this year as the Director of Business Development for our new office in Boston, USA.