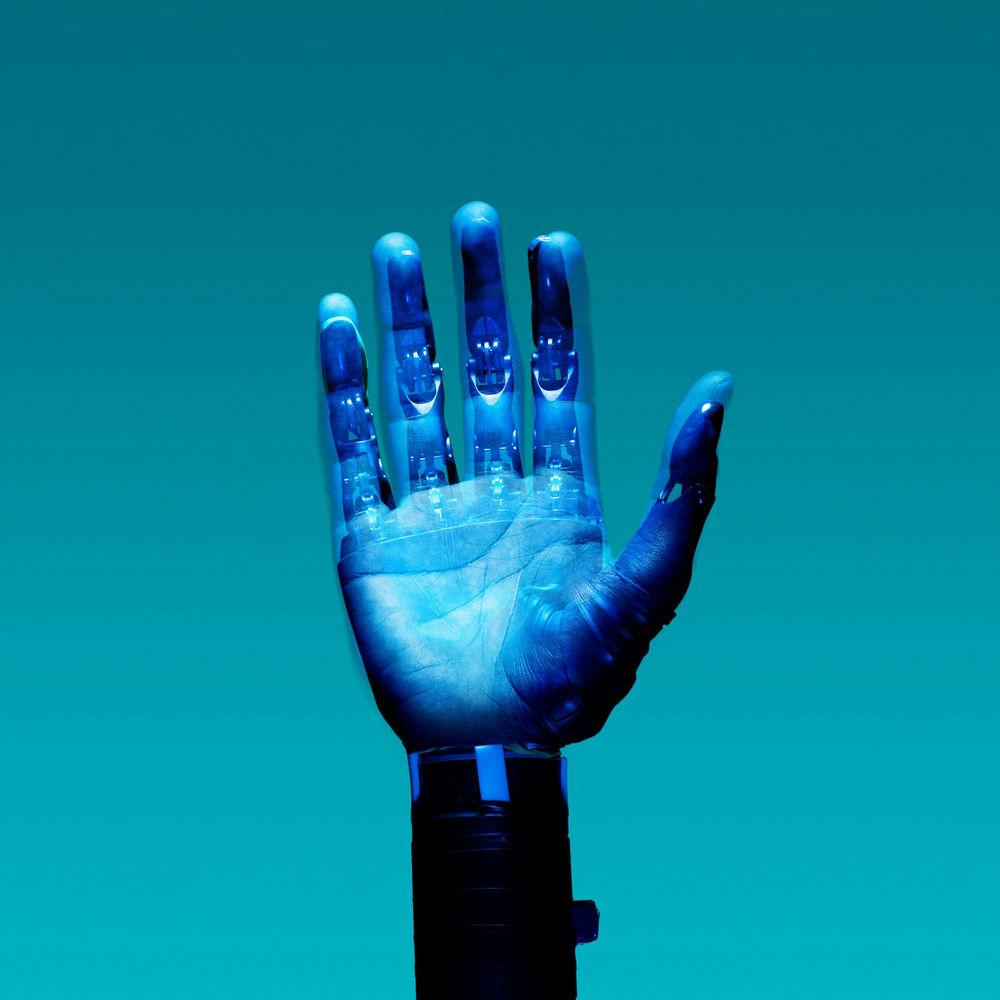 Electroencephalography (EEG)-based neurotechnology not only offers us new alternatives to interact with our environment directly via our brain, but also promises to improve our human functions. In this post, we will discuss how to exploit these technologies as a rehabilitative tool for people with nervous system damage, and how to facilitate human enhancement for the general population.

What is EEG-based neurotechnology?

Neurotechnology is any kind of technology that interacts with the nervous system. One of the central elements of many neurotechnological developments is the measurement of brain activity. The most common technique to measure the brain noninvasively is the electroencephalogram (EEG), due to its ease of use and cost/performance trade-off.

An EEG is a non-invasive technique that consists of placing electrodes on the head to monitor the electrical activity produced when neurons fire. The EEG records and measures electrical signals of the human brain from multiple cortical areas. Therefore, EEG monitoring allows us to quantify different types of brain waves, also known as neural oscillations. Some of the best-known and most-advertised applications of EEG-based neurotechnologies are brain-control of different types of devices.

Some examples are spelling interfaces for patients with locked-in syndrome (Birbaumer, 1999), and the control of wheelchairs (Iturrate et al., 2009), drones (LaFleur et al., 2013), or robots (Iturrate et al., 2015). You can find an introduction to brain-computer interface (BCI) in our previous post.
One amazing characteristic of neurotechnology is that it can take advantage of the plasticity of the nervous system (neuroplasticity), to produce changes in our neural circuits that then modify their behavior. This means that a person can use neurotechnology for a certain time and the effects achieved will persist for some time after.

The most common way to implement this is by measuring brain waves and providing targeted stimulation based on specific, decoded activity patterns. This is what we generally call closed-loop or brain state-dependent feedback. Some frequent techniques used to stimulate the nervous system and achieve these changes are electro/magnetic stimulators (e.g., functional electrical stimulation, FES; transcranial magnetic stimulation, TMS), robotic exoskeletons, or visual and auditory stimuli.

How can EEG-based neurotechnology be useful for Human Improvement?

Given that neurotechnology can modify neural circuits, we can design these systems to repair or enhance some human functions. Depending on the potential end-users of the technology, we can see two fields of application:

We will now describe three application scenarios of neurotechnology in these areas.

Millions of people live worldwide suffering motor impairments due to stroke or spinal cord injury. For many of them, it is impossible to perform everyday actions like grabbing a glass or walking, and usually, traditional rehabilitation therapies fail to help them recover the lost motor function.
The premise of motor rehabilitation based on neurotechnology is that the contingent association between brain activation during movement intention and peripheral feedback facilitates the reorganization of the motor circuitry, and subsequently, promotes motor recovery
(Jackson & Zimmermann, 2012). This means that patients can train with the technology for some time, and this training will facilitate a reorganization of their brain and/or motor pathways, which translates into improvements in their motor function.

Motor rehabilitation is one of the most studied applications of EEG-based brain-machine interfaces (BMIs). Generally, they are based on detecting when the patient is trying to perform a movement (e.g., by decoding the EEG correlates of movement attempt or motor imagery) and supporting that movement with a robotic exoskeleton (López-Larraz et al., 2016; Sarasola-Sanz et al., 2017) or with electrical stimulation of the muscles (Biasiucci et al., 2018; Trincado-Alonso et al., 2018).

Figure 1 shows an example of how these systems work.  First, the patient is asked to try to move the paralyzed limb. Then, the movement intention is decoded from the EEG activity, and transformed into control commands for a system that facilitates the movement (in this case, a robotic exoskeleton for the upper-limb). Plasticity mechanisms mediated by instrumental learning and motor learning promote a reorganization of the neural networks responsible for that movement, allowing functional recovery. The following video shows an intervention for patients with incomplete spinal cord injury, based on the brain control of functional electrical stimulation of the hand muscles to rehabilitate grasp function (Trincado-Alonso et al., 2018).

Currently, there is a substantial body of literature evidencing the effects of different types of rehabilitation interventions based on EEG BMIs for upper- and lower-limbs. Despite it has been less than 10 years since the first validation of EEG-based interventions for motor rehabilitation (Ramos-Murguialday et al., 2013), this field of research offers great hope for helping patients with paralysis caused by spinal cord injury or stroke (López-Larraz et al., 2018; Rupp, 2017).

While improvement of motor function is something specifically targeted for patients with movement impairment, the improvement of cognitive abilities can be beneficial for people with or without any specific brain disorder. Cognitive rehabilitation, based on neurotechnology, can help with some psychiatric and psychological conditions (e.g., depression, mood disorders, addiction, attention deficit hyperactivity disorder—ADHD, among others). In addition, any person with a healthy brain would gladly accept cognitive improvement (e.g., in memory or attention).
Neuroscientific research has unveiled specific brain markers of cognitive functions, such as parieto-occipital alpha activity, which is correlated with memory performance (Klimesch, 1999). Neurofeedback techniques aim at assisting the user to self-regulate those markers with the objective of producing behavioral changes. To that end, these techniques create a causal link between specific brain patterns and positive or negative feedback (operant conditioning), facilitating brain changes thanks to neuroplasticity mechanisms.

Figure 2 shows how EEG-based neurofeedback for cognitive enhancement works. Specific EEG wave patterns (for example, those related to cognitive function) are monitored in real-time and fed back to the user in a visual form, using a computer screen. The user can thus learn how to modulate their brain patterns in the desired way. Repetitive training produces plastic changes in the brain, which lead to improvements in cognitive function, such as working memory and sustained attention.

Currently, an extensive research effort is being devoted to expanding the understanding of the complex mechanisms underlying the effects of EEG neurofeedback. In the next few years, we will probably see more powerful interventions targeting cognitive enhancement for healthy people and for patients with different psychological and psychiatric disorders (Ros et al., 2020).

We spend about one third of our life sleeping. Sleep is a very particular state of our organism, characterized by a loss of behavioral control and consciousness. While we are sleeping, our body performs some “maintenance” tasks that are necessary for our vital processes. Given that some of these tasks take place in the brain, optimizing them with neurotechnology might allow improvements in some of our functions.

The consolidation of newly acquired memories is one particularly important process that happens during sleep (Diekelmann & Born, 2010). It is now possible to monitor the EEG of a person while he or she is sleeping, and different research studies have focused on unveiling specific neural correlates of memory processing and consolidation during sleep.

The detection of those correlates in real time can be used to provide brain state-dependent stimulation, to alter their occurrence and improve their efficiency (Figure 3). There are two widely studied strategies based on neurotechnology that have been investigated to improve consolidation of new memories.

Although this is a young field in which only improvements in healthy people have been achieved, the impact that this technology might have for people with memory deficits, cognitive decline and sleep disorders is potentially outstanding.

What can we expect in the future?

We have seen three examples of human improvement applications relying on EEG-based neurotechnology. It is important to note that the three discussed applications have been mostly developed during the last decade and still have a large growing margin. In the long term, this human enhancement technology has the potential to change the future of humanity.

Our brain is largely unknown, and the neural mechanisms underlying these human improvements are not fully understood. Research in these fields is progressing in parallel with technological advances, which will allow to optimize these enhancement interventions for health care and other applications.

A better understanding of the nervous system—and how it is affected by neurotechnology—will allow the development of optimized interventions, which will target the neural networks responsible for motor/cognitive/memory improvements more accurately.

Also, modern technologies now allow companies to take some of these applications out of research environments and commercialize them as consumer applications.

During the next decade, we hope to see effective neurotechnology and other sophisticated biomedical technologies for therapy and enhancement available for everybody as commercial products. One of the most important factors that will need to be considered on this path are the ethics of human enhancement and augmentation, and how they could change the human condition of present and future generations. Sustainable and ethical neurotechnological developments will have to grant the preservation of privacy, identity, agency and equality of every individual and society (Yuste et al., 2017).

Eduardo López-Larraz obtained his engineering degree in computer science (2009) and a MSc in biomedical engineering (2011) by the University of Zaragoza (Spain). In 2015, he received the Ph.D. degree in biomedical engineering by the joint program between the Polytechnic University of Catalonia and the University of Zaragoza. From 2015 to 2019 he worked as a postdoctoral researcher at the Institute of Medical Psychology and Behavioral Neurobiology, University of Tübingen (Germany). Since 2020, he works as a research scientist for Bitbrain. He has participated in 9 research projects in Spain and Germany, co-authored more than 40 scientific papers in top journals and international conferences, co-supervised 8 students, and conducted research stays in Japan, Spain, and Germany.  His main research interests are focused on the use of neural interfaces for neuro-rehabilitation, machine learning, and signal processing applied to biosignals.