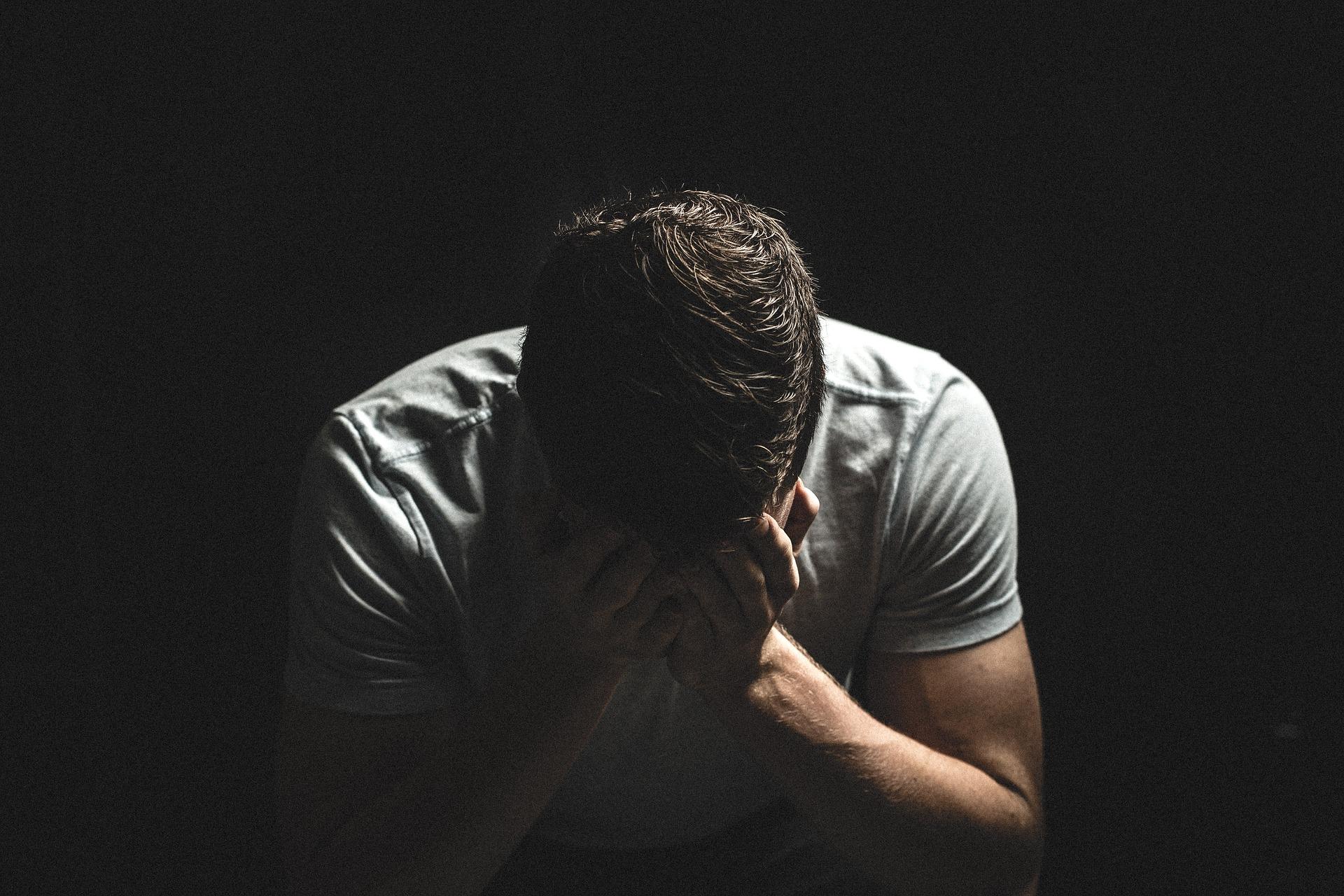 Everything about cognitive rehabilitation in depression

According to the World Health Organization (WHO), depression affects more than 300 million people in the world, being considered a frequent mental disorder. The emotional symptoms are usually the first to be treated with current existing treatments, but how can we intervene on the cognitive impairment that often affects the people that suffer from depression?

In a recent scientific study carried out in a population with Major Depressive Disorder (MDD) (Escolano, 2014) a new cognitive rehabilitation neurotechnology was proven effective, with 20% improvement in functions such as working memory, sustained attention and processing speed.

Depression is a very frequent mental disorder that can start at any age, and in more severe cases can even lead to suicide. Although the probability of suffering from this disorder increases with puberty, the average age at onset is around 35 years of age, with higher prevalence in women.

Duration of the depressive episodes is highly variable and, although most people recover in one or two years, approximately 15% present a chronic course. This chronic course is related to other mental disorders such as personality disorders, anxiety disorders or substance use.

Six stages can be identified in the course of depressive disorders:

What are the symptoms of depression?

Although the most representative symptom of depression is sadness, it could be accompanied by mood, motivational, behavioral, cognitive, physical or interpersonal symptoms. Therefore, the depressive symptomatology can be classified into:

Focusing on the cognitive symptoms, the first cognitive capabilities and executive functions to deteriorate in people with depression are:

There are multiple factors that cause depression; genetics is one of the most important factors but it is not the only as biochemical, personal or environmental factors can intervene.

How is depression treated?

There are different treatments that have been demonstrated effective for depression. On one hand, the most known are the antidepressants, pharmacological treatments frequently prescribed for an immediate reduction of the symptoms. On the other, psychological therapies reduce symptoms and maintain improvements at the long term, avoiding the secondary effects of the drugs. Before prescribing any treatment it is important to undergo a complete neuropsychological assessment, which will provide valuable data that will help decide the most adequate type of treatment for each case.

Psychological treatment, among which the cognitive-behavioral therapy stands out, has also demonstrated its effectiveness for depression. Those therapies frequently employed include:

Focusing on cognitive deterioration, one of the symptoms of depression that has great repercussion at functional, personal, interpersonal and occupational levels, there are different strategies oriented to neuropsychological rehabilitation. Usual routines, such as exercising regularly, maintaining a balanced diet, bedtime schedule, close social support network, and mental activation through techniques and exercises for cognitive stimulation are fundamental to help revert the symptoms of deterioration.

How to cognitively rehabilitate a person with depression?

Despite the positive effects of the different treatments for depression, these have not sufficiently approached the effects on the symptoms of cognitive decline. For such, there are different neuropsychological rehabilitation strategies that help recover and stimulate the deteriorated cognitive functions.

These alterations can be addressed by different resources, from the classic cognitive stimulation exercise workbooks to advanced technologies that have the objective of rehabilitating the altered cognitive capabilities.

It is important to adapt the difficulty to the level of cognitive deterioration presented by the individual, so that they do not end up attempting to finish tasks that require great effort and they do not know how to solve. This can aggravate their bad mood and reinforce self-contempt and uselessness feelings towards themselves.

Another cognitive stimulation type includes the brain training games. These applications, available for smartphones, computers and tablets, can be employed anywhere, anytime. These games help people with depression to work on those cognitive capabilities that are deteriorated. There are different difficulty levels to choose from, so that the games can be adjusted to the cognitive deterioration level of the user.

Although widely employed as cognitive stimulation tools nowadays, a limiting factor is the lack of evidence on the transference of the learning to cognitively close and daily life tasks (read more about the subject in the prestigious Nature journal).

A classic technology for the treatment of cognitive effects of major depression is transcranial electrical stimulation, which is based on low-intensity electrical currents that stimulate the neurons of the patients. In the context of cognitive improvement in depression, a recent meta-study documents an absence of effectiveness. However, there are many applications in which this technique is being successfully applied, such as treatment of migraines, Parkinson's disease, and schizophrenia. It is also being utilized as a research tool to help understand brain functions, with good results.

Neurotechnology is also based on cognitive stimulation and is attracting attention and becoming more and more popular. These new technologies register the brain activity of each person and adapts, in an individual manner, the required interventions to produce changes in brain neuroplasticity. These changes are related to rehabilitation and improvement of cognitive capabilities such as attention, memory and processing speed.

Some studies have demonstrated their efficacy in general populations as well as in clinical populations, such as in those with major depression and ADHD. In this context, Elevvo Medical, developed by Bitbrain, is a neurotechnology for the cognitive rehabilitation of patients that suffer from illnesses that include cognitive deterioration or decline. More information on cognitive stimulation for children with ADHD. Another population, such as older adults with Alzheimer's disease or people with dementia, may also be able to obtain benefits from these types of techniques.

Neurotechnology for cognitive stimulation in depression

Many times, cognitive deterioration appears among the symptoms of depression, and can interfere with the development of daily life activities. Interventions addressing these changes and rehabilitation of the executive functions and cognitive capabilities that are deteriorated is very important, and can improve the wellbeing levels, helping minimize emotional symptoms. Cognitive rehabilitation programs such as Elevvo can help in the improvement of these altered cognitive capabilities.

Elevvo is a cognitive rehabilitation program that has been scientifically validated in different populations and employed to complement other conventional treatments. Bitbrain carried out a study in collaboration with the Hospital Miguel Servet, the Instituto Aragonés de Ciencias de la Salud (IACS) and Universidad de Zaragoza (Escolano, 2014) encompassing people diagnosed with Major Depressive Disorder. This study compared an experimental group (diagnosed with depression) that underwent eight cognitive rehabilitation sessions with Elevvo against a control group (who did not use Elevvo).

The main result at cognitive level was a significant increment, verified only in the experimental group, in the PASAT test variables (attention, memory, processing speed). Besides, they commited 24% less mistakes and required 15% less time to complete the test. This suggests that the cognitive symptoms of patients with depression could be alleviated with this type of procedure.

These Elevvo programs have demonstrated improvements between 10% and 30% in working memory, sustained attention and processing speed, and are applied by professionals that help the patient carry out a series of simple cognitive trainings. Several sessions of cognitive rehabilitation are included, along with two assessment sessions (before and after the training) that help generate a comparative report that includes neuroplastic changes (which are the neurophysiological support of cognitive improvement) and cognitive changes. Depression is a very frequent mental disorder that affects several areas of the life of people. It is clear that the most evident symptoms are the emotional ones, but there are other important symptoms such as cognitive deterioration, which many times are neglected at the time of searching for treatment. With the help of new technologies, there are several programs for the cognitive neuropsychological rehabilitation of the most deteriorated capabilities.

These techniques, together with other psychiatric and psychological therapies are key tools to revert symptoms, recover from the disease and improve the quality of life.