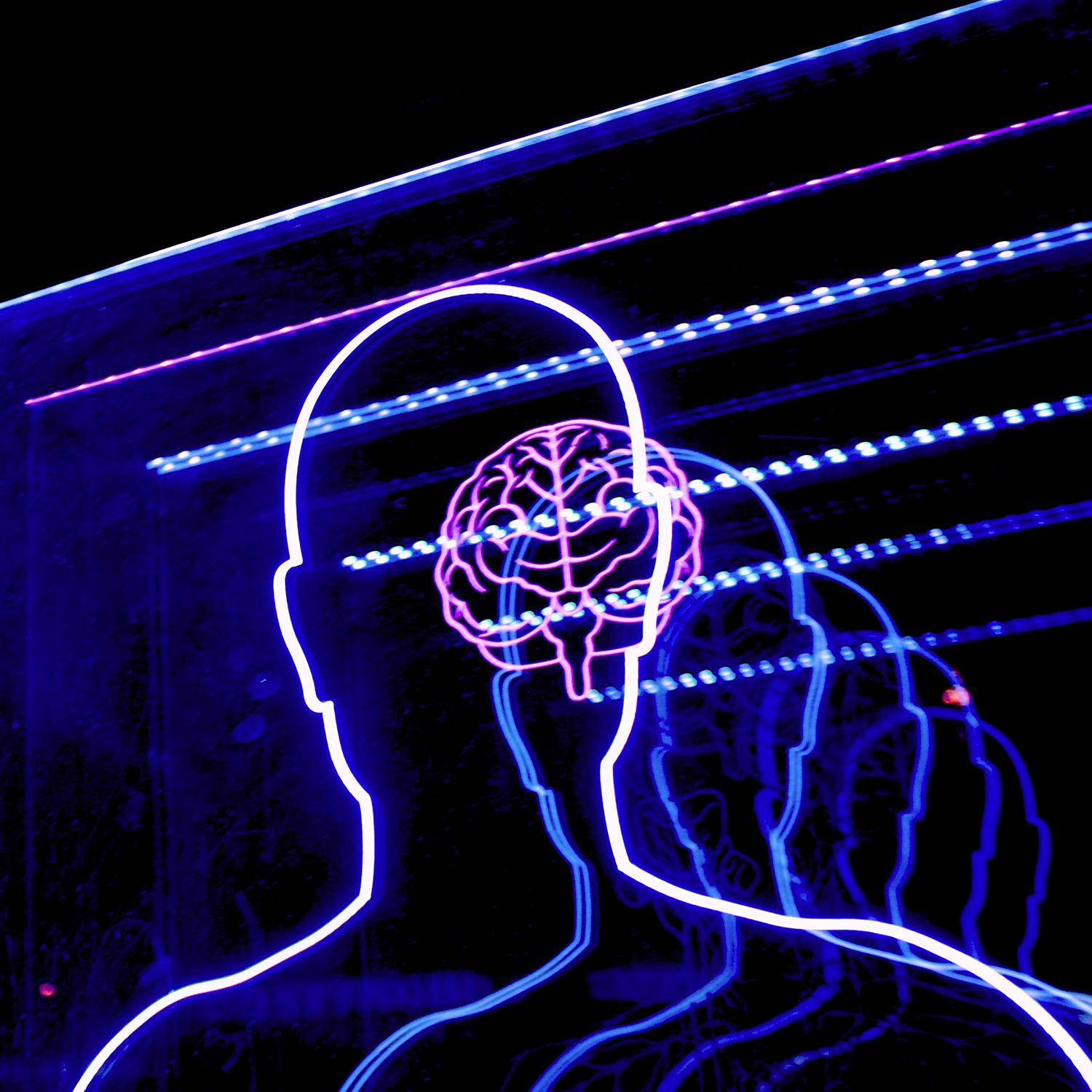 The CyberBrain Project was one of the 6 winning proposals of the 2020 Call for Research Projects organized by Bitbrain. This project aims to identify and exploit BCI cybersecurity issues within an advanced driver assistance scenario, defining three use cases where Bitbrain devices can be applied to this environment. Moreover, CyberBrain will design and implement a framework to detect cyberattacks affecting the BCI lifecycle of Bitbrain products.

Despite the relevance and possibilities of Brain-Computer Interfaces (BCIs), they generate significant concerns in terms of cybersecurity. The literature has identified some cyber threats or attacks against subjects, aiming to exploit vulnerabilities and to acquire sensitive information through P300 potentials (Martinovic et al., 2012), and obtaining information about users' bank PIN codes or their place of residence.

Moreover, other works have detected the applicability of certain software attacks to BCIs, highlighting the limitations that these systems currently have (López Bernal et al., 2021). Additionally, noise attacks have been recently addressed to mislead BCI spellers, preventing users from communicating messages with their thoughts (Zhang et al., 2020).

These cybersecurity attacks exploit vulnerabilities that can affect different application scenarios (see cybersecurity in brain-computer interfaces or (López Bernal et al., 2021) for summaries), being one of the most exciting usages of BCIs as assisting technology in driving scenarios.

In this context, CyberBrain identifies three use cases where the BCI can be used as communication interfaces with the navigation module of the vehicle (UC1), to infer the cognitive and motor status of the driver (UC2), or detect the driver’s emotional state (UC3), helping to reduce accidents or adapt the driving experience.

However, the cybersecurity issues of BCIs and their application to the previous use cases open several questions:

Improvements proposed by CyberBrain on the previous challenges

To answer the previous questions, the main objective of CyberBrain is to design and deploy a framework able to detect cyberattacks affecting the subject, hardware, and software dimensions of the BCI lifecycle in an advanced driver assistance scenario. To achieve that, this project defines the following sub-objectives and their relationship with the previously presented research questions:

Extend previous work on cybersecurity in BCI (López Bernal et al., 2021) to analyze vulnerabilities and cybersecurity of Bitbrain hardware and software products and propose a list of potential countermeasures (aligned with RQ3, RQ4).

The Current State of CyberBrain

Once presented the description and goals of the CyberBrain project, this post describes the current status of the project, starting with the design and implementation of a framework in charge of managing the lifecycle of the three use cases (UC1-UC3). For that, the framework has been integrated into a driving simulator to emulate a realistic driving environment.

While the BCI is used to obtain the EEG signal (left monitor), the simulator incorporates the driver experience and distraction mechanisms (right monitor). Furthermore, the processed EEG signal is integrated into the simulator, which is compatible with the steering wheel and pedals, to provide experimentation with realism.

This process maintains a continuous synchronization based on independent processes to obtain a dataset with the EEG signal per channel, elements of distraction originated, and eventualities produced such as collisions with other cars, people, or urban furniture. Moreover, we have studied existing vulnerabilities in BCI devices, whose exploitation has allowed performing various cyberattacks over UC1, as subsequently presented.

Design and implementation of a framework

The framework architecture consists of several independent components to satisfy the functionality required for each phase of the BCI cycle, as depicted in Figure 2: Figure 2: CyberBrain framework. Modules of the framework already implemented are highlighted in green color, while those in yellow color represent modules under development.

Figure 2 depicts the three use cases considered in the driving assistance scenario.

At the moment, only the functionality for the first use case has been implemented, which aims to detect the presence of P300 potentials within the acquired brain waves.

For that, five classifiers based on machine learning have been implemented for their detection, using cross-validation and stratification during their training.

Functionalities for UC2 and UC3, based on cognitive and emotional state detection, are currently under implementation within the framework.

The first category of cyberattacks defined in CyberBrain consists in verifying if malicious visual external stimuli presented in the navigation system can elicit the presence of P300 potentials to obtain or get unauthorized access to sensitive information.

For that, we have evaluated the impact that the duration of the visual stimuli has in the generation of P300, exploring if subliminal stimuli can be performed over the drivers without their knowledge.

To verify the feasibility of this, a series of experiments were conducted in which subjects were shown a set of images.

These experiments differ in the presentation duration of the known stimuli, starting from 500ms in the first experiment and moving down to 10ms in the last one, a time imperceptible to the human eye. Moreover, the duration of non-target images was fixed to 500ms in all experiments.

These experiments have been performed over 10 subjects of different ages and sex, whose results for the first four experiments indicated that stimuli perceptible by the eye (i.e., supraliminal) produced a P300 potential in about 50% of the cases. On the other hand, based on subliminal stimuli, the fifth experiment did not produce P300 in any subjects.

These cyberattacks consist of manipulating the acquired brain waves used in UC1 to identify P300 events, studying the impact of performing these attacks over the acquisition and processing phases of the framework (Martínez Beltrán et al., 2021).

In particular, the main goal is to artificially introduce variations on the signal to misclassify, or identify as P300, fragments of the signal that do not contain these potentials. These modifications are based on random signals using Additive White Gaussian Noise (AWGN).

Moreover, four attacker profiles have been defined according to their knowledge of the BCI framework and the application scenario.

We subsequently present the results of using the most aggressive profile, a white-box approach in which the attacker knows the communication between the BCI and the framework, and information about the framework. The attacker also has experience with the P300 potential and its physical particularities and can access the classification models to verify their output.

Figure 4 shows a fragment of dynamic noise generation performed by the attacker. The attack is divided into four distinct parts, applying different noise intensities in each part. The objective is to adapt the signal to the generation of P300 potentials, which the trained classifiers will identify. Figure 4: Noise-based cyberattack against the EEG.

Figure 5 presents the modules of the framework affected by the attack. Concerning the acquisition phase, this work simulated the application of physical noise during data transmission over the wireless medium, more specifically between the scalp and the electrodes of the BCI headset. The attack performed at the end of the processing phase is malware-based, simulating the alteration of the information once it has been obtained and processed by the BCI framework.

Figure 5: Modules of the framework affected by noise-based cyberattacks, highlighted in red color.

The results obtained show that an attacker with greater knowledge of the BCI cycle can create more sophisticated attack vectors to generate P300 waves in the EEG signal. Similarly, it is observed that attacks affecting the processing phase (malware-based attacks) have a more significant impact on the generation of P300.

Building secure neurotechnologies and brain-computer interfaces is a must as they have access to sensitive information and applications. It is important the implication of large bodies such as the National Institute of Standards and Technology or other regulatory bodies that help to ground the design and implementation principles of this technology.

Enrique Tomás Martínez Beltrán is a M.Sc. Student in New Technologies at the University of Murcia, specialized in networking and telematics. He is currently working on an End of Master Project based on cybersecurity and Brain-Computer Interfaces. His research includes the study of cognitive state in subjects during a simulated driving scenario, generating periods of distraction and detection of patterns in the EEG signal using Machine Learning. He also investigates new techniques for attacking and defending infrastructures. His interests include cybersecurity and new technologies.

Mario Quiles Pérez received the B.Sc degrees in computer science from the University of Murcia, doing his final degree work on "adversarial attacks in BCI using visual stimuli". He is currently doing his Master in New Technologies at the University of Murcia, where he is doing research on emotion detection using machine learning in driving environments with brain-computer interfaces.

Sergio López Bernal received the B.Sc. and M.Sc. degrees in computer science from the University of Murcia, and the M.Sc. degree in Architecture and Engineering for the IoT from IMT Atlantique, France. He is currently pursuing the Ph.D. degree with the University of Murcia. His research interests include ICT security on Brain-Computer Interfaces, and network and information security.

Gregorio Martínez Pérez is Full Professor in the Department of Information and Communications Engineering of the University of Murcia, Spain. His scientific activity is mainly devoted to cybersecurity and networking, also working on the design and autonomic monitoring of real-time and critical applications and systems. He is working on different national (14 in the last decade) and European IST research projects (11 in the last decade) related to these topics, being Principal Investigator in most of them. He has published 160+ papers in national and international conference proceedings, magazines and journals.