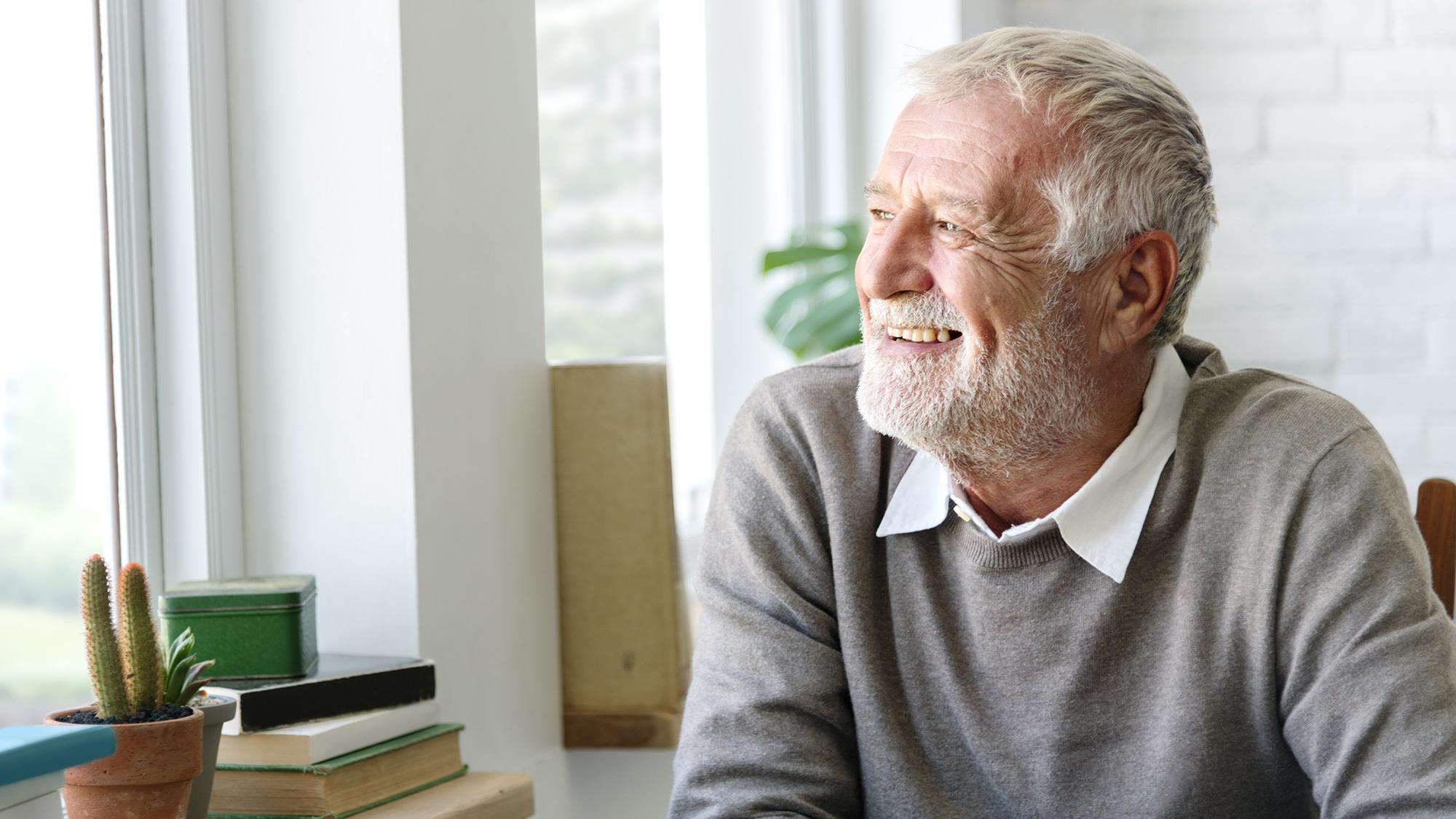 Cognitive capabilities such as attention, memory and concentration develop since we are born until adult age, when they are maintained until reaching 40-45 years. At this moment, cognitive decline onsets, which will become more evident as age progresses. Nevertheless, there are several types of cognitive stimulation to prevent the signs of age and achieve active and healthy aging... Are you up to speed?

Life starts even before being born, in the prenatal stage, and then we evolve to early childhood when the most essential learning takes place. Middle childhood is when the different cognitive skills start to play an important role, being consolidated in adolescence and youth. During the adult age, these capabilities are maintained until a moment is reached, around 45-40 years of age, when cognitive performance decline starts and becomes more evident in senior years.

Working on specific executive functions and cognitive capabilities can delay this decline and help maintain good performance throughout all stages of life, and is therefore fundamental.

Potentializing the cognitive functionality and promoting active and healthy aging requires knowledge on the aspects related to cognitive decline in adults and seniors, as well as on the existing cognitive stimulation strategies.

According to the Organization for Economic Co-operation and Development (OECD), of the 35 members, Spain is the second country, behind Japan, with higher life expectancy, with an average of 83 years.

Since the 1970s, this value has been gradually increasing from 70 years to the current 83 years of age. If we distinguish between men and women, the latter live up to five years more. Also, according to the World Health Organization (WHO), between 2015 and 2050, the percentage of people over the age of 60 will almost double, from 12% to 22%.

Population aging makes more visible and relevant for society  the progressive cognitive skills decline that is produced throughout the years. Different types of cognitive stimulation can help prevent the development of more severe pathologies, such as dementia (more information on dementia and its cognitive rehabilitation) or Alzheimer disease, without forgetting the decline produced at physical levels, which could be addressed by regular exercising.

Aging is characterized as a dynamic and inevitable process, during which a series of physical, psychological and social changes take place. However, despite being a stage of the vital cycle, it is not produced at the same time nor manifests in the same manner in all people.

It must be highlighted that, during aging, not only deficits and losses are produced in the capabilities, but there are also functions that are maintained and other that even can be improved. There are different factors that influence this process, giving place to three types of aging: normal, pathological and optimal aging.

What are the differences between normal, pathological, and optimal aging? 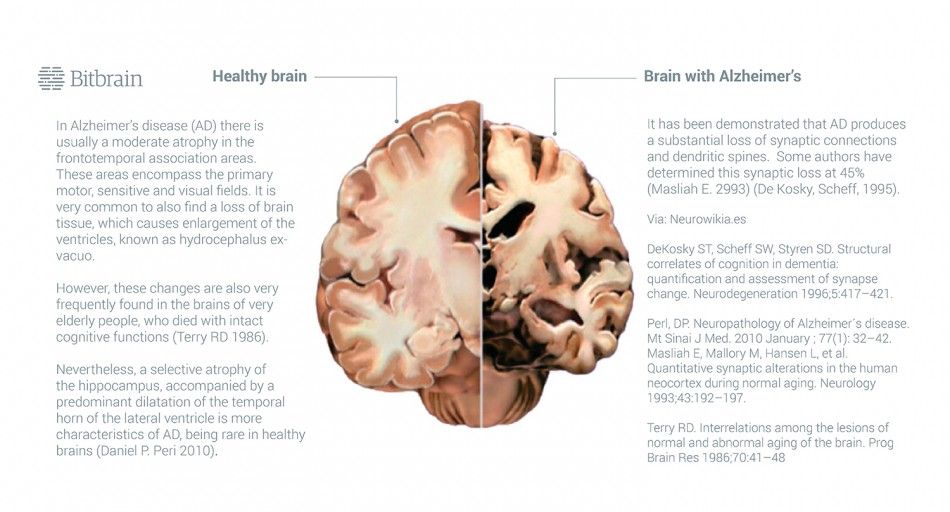 Given that aging does not occur in the same manner in all people, nor at the same time, it is important to, since adulthood and even before, promote active aging, fostering healthy life habits and training the cognitive capabilities, avoiding pathological aging and the development of dementia.

What is Mild Cognitive Impairment (MCI)?

Many times it is difficult to distinguish the different types of aging and pathologies in which memory deterioration is one of the main symptoms. As an intermediate step between aging and dementia, the Mild Cognitive Impairment (MCI) has been defined. People with MCI manifest more severe memory alterations than would be expected for their age, but maintain adequate functional levels and do not fulfill the criteria required for the diagnosis of some types of dementia.

It is important to work with these people, many of them still in their adult years, and stimulate the executive functions and cognitive capabilities that start to be affected, avoiding progress towards dementia. It is also important to take into account the emotional level since, the higher the manifestation of this deterioration, higher levels of discomfort are experienced by people.

What are the symptoms of aging?

People, in general, are capable of identifying some of the symptoms that take place during aging. Among these general symptoms we can cite loss of hearing and visual acuity, joint pain, sleep disorders, memory loss and emotional alterations. If we focus on the cognitive symptoms, the following can be highlighted:

Regarding affection, adults and seniors manifest, in different degrees, symptoms of anxiety and depression. Adults are usually submitted to stressful situations that end up overcoming the cognitive resources available to address them, resulting in anxiety symptoms. Seniors begin to be conscious of the deficits and declines they are suffering, and start to feel frustration, depressive symptoms, and less personal wellbeing.

However, all these symptoms can be tackled by different forms of cognitive stimulation to attempt to reverse these situations and prevent worsening of the cognitive symptoms. Moreover, there is a series of factors that influence these aging symptoms and that can produce increases or decreases: educational and cultural levels of people, social and environmental contexts, interpersonal relationships, physical exercise and cognitive stimulation.

How to address cognitive decline?

When we talk about age-related cognitive decline, treatment will not revert the characteristic processes of this life stage, but rather is oriented to alleviate the emerging alterations that are being produced. These alterations occur essentially in the functionality of mental and cognitive capabilities, being the most frequent:

Prevention of pathological aging and other disorders (i.e., Mild Cognitive Impairment and dementia) should include the fostering of healthy and optimal aging through different strategies and cognitive stimulation exercises.

Different resources can be employed to address cognitive alterations, from the most known, such as workshops, programs, and brain training, to advanced technologies that have the objective of training determined executive functions.

Firstly, there is a wide variety of workshops, strategies and programs destined to the cognitive stimulation of the different capabilities, to maintain these at good levels and avoid the occurrence of alterations. These strategies can be utilized by all people, including children, adolescents, adults, seniors and the elderly, with exercises and activities adapted to the individual development level of each individual and to the individual interests of each life stage.

For example, working on cognitive stimulation in children and adolescents will bemore oriented to the development and strengthening of cognitive capabilities. Nevertheless, this is not the same as is offered to adults and seniors, where cognitive stimulation is directed towards avoiding cognitive decline. The same occurs in the case of the elderly who probably already suffer some alterations and losses, and therefore the objective of treatment will be to rehabilitate these deteriorated capabilities.

Currently, brain training games are the most known and popular ways to work and stimulate cognitive capabilities according to the interests of the user. These technologies, available for smartphones, computers, and tablets, can be utilized anywhere, anytime. Generally, the difficulty and complexity levels can be adapted for the different games, taking into consideration the cognitive capabilities. In this way, they offer the possibility of being utilized by people of all ages, from the youngest in the house to seniors and the elderly.

Although these games present a limitation regarding the transference of learning to even cognitively close and daily life tasks  (see the study published in Nature), today these games are widely employed as cognitive stimulation exercises.

New technological advances are emerging for the training of cognitive capabilities, encompassing other fields such as neurotechnology or brain-computer interfaces. Elevvo Wellness is developed by the Bitbrain neurotechnology company, and is one of them. Modern neurofeedback procedures enable the individualization of training according to the brain activity of each individual, to obtain quantifiable neuroplastic changes related to the improvement of cognitive capabilities such as sustained attention, working memory and processing speed. 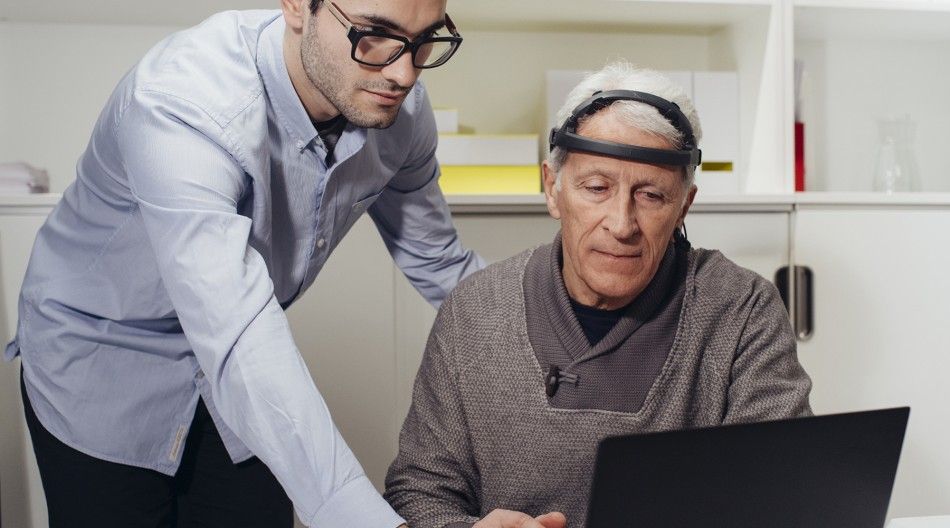 Optimal aging should  be an objective for adults and seniors. It comprehends avoiding illnesses that can affect quality of life and aiming at maintaining executive functions and cognitive capabilities, delaying the onset of decline and more severe pathologies that can compromise the brain health of people.

To this end, Elevvo can be employed, which is a cognitive stimulation procedure based on neurotechnology that has been scientifically validated and proved effective in adults, seniors and the elderly.

The studies carried out with this technology with randomized controlled trials, in general populations as well as in populations that suffered from some illness, such as major depression and children with ADHD, have demonstrated improvements between 10% and 30% in capabilities such as working memory, sustained attention and processing speed. More information on cognitive stimulation for depression and cognitive stimulation for children with ADHD.

The Elevvo cognitive intervention programs, applied by health professionals, offer the possibility of carrying out simple cognitive training, with assessments before and after the training. These assessments enable quantification of the progresses at cognitive level and of brain changes which support this progress. The training sessions last approximately 30 minutes and it is recommended to attend 2 or 3 sessions per week.

Life expectancy has increased in recent years, which has produced important aging of the population. This aging does not manifest in the same manner and at the same time in all people. However, it is fundamental to have a general well-being, to maintain active physical form and cognitive health, and enjoy enriching relationships with family members and friends. This will help achieve an optimal aging process that can be further fostered by working, with techniques such as cognitive training, on cognitive capabilities susceptible to suffer age-related alterations.