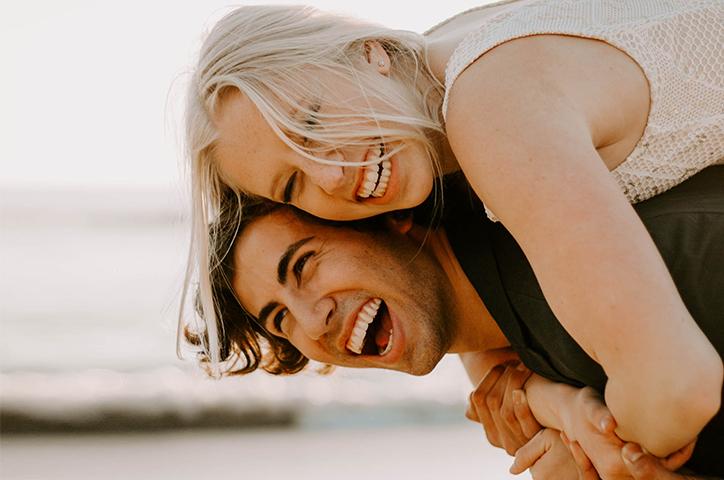 Many people attend the gym regularly or go running to keep in (physical) shape... but what about their mental health? How to keep our brain “in shape”? More and more people, younger and older, are aware of the importance of keeping mentally active and utilize some type of cognitive stimulation. Do you know what cognitive stimulation is, who can use it and what are benefits? This information will be covered in details in this post.

When searching for information on cognitive stimulation techniques, there are concepts related to brain training, brain gym, mental gym and cognitive rehabilitation, to name a few, which can be initially overwhelming. What is each one and what are they for?

Let’s start by the beginning: cognitive stimulation is a group of techniques and strategies that have the objective of improving performance and efficacy in the functionality of cognitive capabilities such as memory, attention and perception, among others. Cognitive stimulation acts on those capabilities and abilities that are still preserved, proposing activities and programs that promote improvement and potentialization through brain neuroplasticity mechanisms.

Depending on the type of person and objective to be achieved with cognitive stimulation, the existing tools can be divided in two large groups. What is cognitive training?

Cognitive training is a group of techniques that have the objective of maintaining cognitive performance at normal levels, or take it to maximal levels, working on those capabilities and abilities that are still located at normal levels. This group includes commercial terms such as mental gym, brain gym and mental fitness, among others.

The typical user is an older adult that presents slight age-related cognitive decline and wishes to maintain good cognitive levels, or a student or top athlete that wishes to achieve maximal cognitive performance in their academic or professional activities.

What is cognitive rehabilitation?

Cognitive rehabilitation has the objective of recovering cognitive capability, working on those capabilities and abilities that are usually deteriorated due to an illness or mental pathology. The typical user is a person with major depression that presents cognitive deterioration.

In many occasions, these three concepts (stimulation, training and rehabilitation) are employed without distinction. However cognitive stimulation encompasses all techniques in a general manner. More concretely, cognitive training is directed to strengthening and potentializing the cognitive functions that are still preserved, and  cognitive rehabilitation is oriented to the improvement and recovery of those capabilities that have been affected and present functional decline or deficit, considering brain neuroplasticity as its biological basis.

What is cognitive stimulation used for?

It is important to highlight that cognitive stimulation can be categorized within non-pharmacological therapies (those that do not belong to drug treatments) for multiple mental pathologies that include cognitive deterioration. Some of the advantages comprehend the reduction of secondary effects from medication, and strengthening of other abilities such as social abilities, helping with interpersonal contacts.

What is the neurobiological basis of cognitive stimulation?

Cognitive stimulation has a neurobiological basis that supports its use as a tool to improve and rehabilitate the different cognitive capabilities. Understanding these neurobiological substrates requires knowledge on some related concepts. We will briefly explain the two most important, neuroplasticity and brain reserve.

Firstly, brain plasticity or neuroplasticity is understood, according to Kolb et al. (2010), as the capability of the nervous system to change its structure and functionality throughout life as a reaction to the diversity of the surroundings. In other words, brain plasticity enables the brain, and more concretely its neurons, to undergo functional and anatomical regeneration, establishing new synaptic connections.

Cognitive stimulation has the objective of improving the number and consolidation of these connections to achieve an improvement in the brain’s functionality regarding these cognitive areas, in terms of fastness and efficacy in information transmission.

Secondly, brain reserve is the capability of the brain to tolerate lesions. Increasing the brain reserve delays the onset of cognitive deficit symptoms and therefore it could be said that the cognitive reserve is maintained or even improved. Techniques such as cognitive stimulation, personal experience (education, lifestyle, mental and physical activities) and changes at neurobiological levels can influence the development and evolution of brain reserve.

Can I apply the same cognitive stimulation to “all brains”?

No, because each brain is different! Therefore any intervention related to health and mental wellbeing must be adapted to each specific case, especially when  considering cognitive stimulation techniques and programs. If the techniques and programs are not adapted to the specific functional capabilities of each brain, there is a high risk that they will either not work or present suboptimal impact on the user or patient.

For example, the next image depicts the significant differences in the brain responses of four 22-year old engineering students while carrying out the same cognitive task. How can we apply the same strategy to all of them? If the general population presents such a wide variety of brain patterns… how can this be translated to patients?

As indicated by Pascual-Leone, the plastic mechanisms of the brain are associated with age and, although all brains seem to be the same, the basic structure is different and is what distinguishes them apart. Therefore, knowledge on the specific characteristics of each brain is fundamental to understand how development is produced and how cognitive capabilities evolve throughout all life cycles. All human beings are different and it is important to know these differences at the time of designing any intervention.

What cognitive capabilities can be trained?

There are different techniques and programs for direct or indirect training of the following cognitive capabilities and abilities:

Who can benefit from cognitive stimulation?

Cognitive stimulation is progressively being positioned as a type of brain training that is embedded within the routine of people, helping them adequately address the demands of the environment. All profiles, from children and adolescents to adults, seniors and the elderly, can benefit from cognitive stimulation. For such, it is important to adapt the type and difficulty level of training, and promote motivation and self-efficacy to maximize the possibilities of improvement at cognitive levels.

Considering the objectives and goals each person establishes, the profile of the populations that can benefit from cognitive stimulation can be classified into:

Objective: Achieve high cognitive performance that is above normal.

Cognitive rehabilitation in pathologies with deterioration

What are the most common cognitive stimulation techniques?

Today there is a variety of techniques and programs for cognitive stimulation that can, according to the work methodology, be divided into two complementary groups:

Now we will explain in detail both groups of techniques, but it is important to highlight that the selection and adjustment must consider not only the individual characteristics of the users, but also carefully set a specific level of difficulty that will activate cognitive capabilities and executive functions while maintaining users motivated.

If very simple tasks are proposed, people do not have to utilize more resources than those already automatically allocated, and therefore there is no stimulation. And if complex tasks are proposed to people that are not sufficiently prepared and do not have the required cognitive resources, failure situations will be produced that could negatively affect motivation, self-esteem and self-efficacy.

Techniques directed to utilize and work on cognitive capabilities

Another cognitive stimulation technique that has recently been in the spotlight encompasses the brain training games, which train different cognitive functions through a variety of exercises such as riddles, logic problems, sudoku, mental calculations, etc.

These applications are available for cell phones, computer and tablets, and can be used by almost anybody, anytime and anywhere. For this reason, they are extremely popular, with widespread use.

However, brain training is not free from criticism by the scientific community. Although this cognitive stimulation technique enables the improvement of the cognitive capabilities exercised, there is still no evidence based on the transference of this improvement to cognitively closer tasks or daily life tasks (read this study published in the Nature journal). Recently some of the companies of this sector have received millionaire fines in the United States (read paper).

Finally, classic neurofeedback helps users learn how to autoregulate their brain activity. This is achieved by implementing a model created in the 1960s, which provides the user with feedback based on the state of the activity to be regulated. Feedback is usually some type of audiovisual stimulus or game, and the activity is some of the frequency bands such as theta, alpha or any combination of them.

These techniques are very entertaining and are very popular in the United States, for example. However, although the theoretical model of neurofeedback has demonstrated to be correct and has been successfully employed in many applications, there are some basic problems in its classical implementation:

Techniques oriented to improve the functionality of specific brain areas

The objective of these techniques is to modify the brain’s functionality by means of a neuroplasticity mechanism to improve the cognitive performance of the user. For the stimulation of the neuroplasticity mechanisms, electrical currents are usually employed (functional electrical stimulation) or learning procedures directed by changes in the objective brain activity (neurotechnology or modern neurofeedback). Please note that in both cases, the focus is on the modification of a specific brain activity and not on the execution of a task (in fact, the type of task is not relevant).

Transcranial direct current stimulation (tDCS) is a cognitive stimulation technique that is currently only employed by professionals due to its novel character. It is an invasive procedure that is relatively modern, based on the application of low intensity currents directly to the brain.

tDCS has been currently employed in medical applications and used successfully in the treatment of some pathologies. However, in the cognitive field, although it has been demonstrated that this technique can improve the learning capability of complex tasks such as piloting a plane (read paper), recent studies have obtained results that did not verify cognitive capability improvements (see paper). Nevertheless, new studies are being carried out to better comprehend how this controversial technique works and what are the effects.

Technological advances for cognitive stimulation have also been emerging from other fields such as neurotechnology and brain-computer interfaces. New technologies are being developed to measure brain activity and new neurofeedback procedures enable the individualization of interventions at brain level, achieving quantifiable neuroplastic changes that support cognitive improvements in capabilities such as sustained attention, working memory and processing speed (read paper). The only company that is exploring these types of advances is Bitbrain, through Elevvo, its neurotechnology for cognitive improvement.

It is our responsibility as scientists and technicians to develop new cognitive stimulation techniques to potentialize the development of our youth, and improve the cognition and quality of life of older adults. This is especially important in a society that focuses on physical aspects of health, where the cognitive aspect is neglected and many times stigmatized.

Gradually cognitive stimulation has been opening its path as something usual in the everyday life of people, including all age groups and profiles. The population is becoming more aware of the importance of mental health, to prevent cognitive decline and maintain cognitive capabilities at optimal levels, and this propels the development and further research on techniques such as cognitive stimulation. There are multiple ways of training our brain and the benefits achieved can surely overcome the costs of the work required.